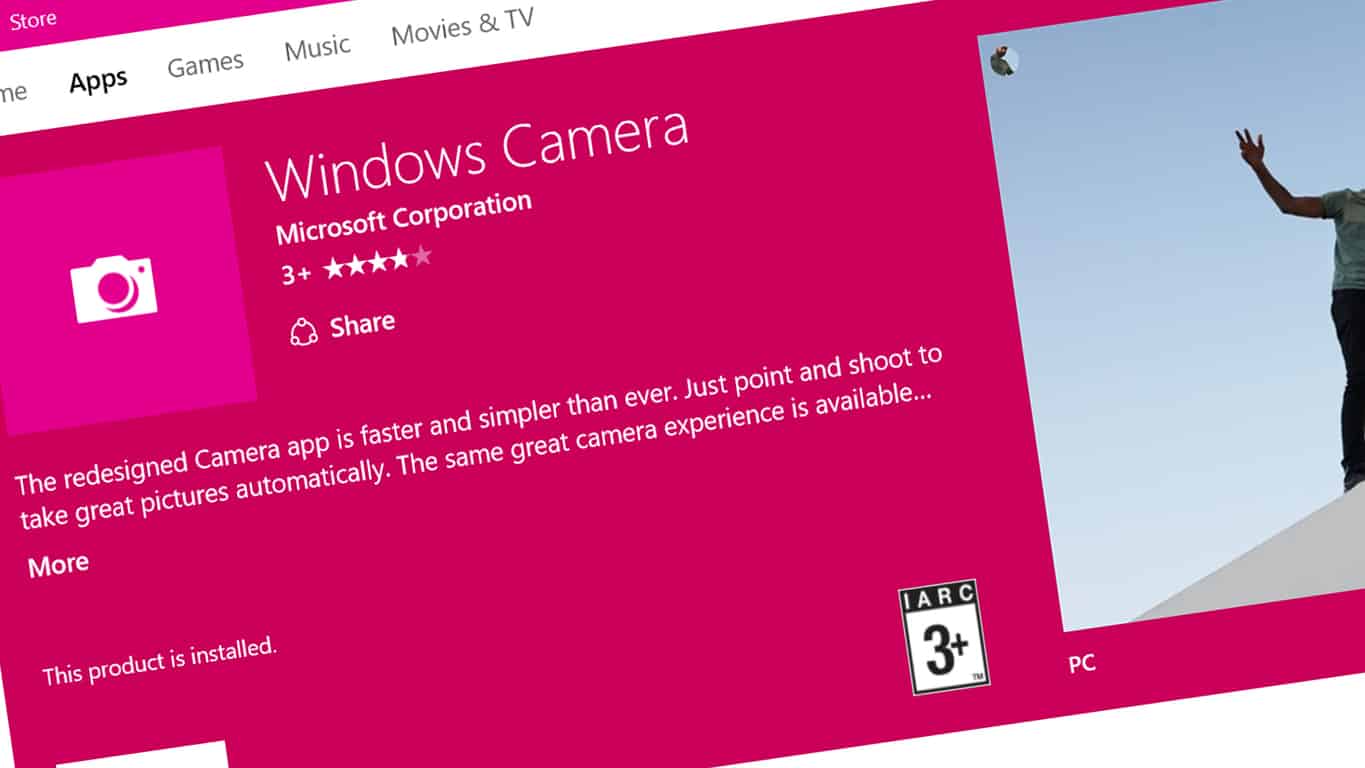 The pause feature is only available on the Windows 10 PC Windows Camera app for now, however a Microsoft employee has confirmed on Reddit that it will soon roll out to Windows 10 Mobile as well and that more new features will be coming soon to both versions. “Now, the update hasn't gone out to Phone quite yet, but the feature will come over soon,” the representative said in regards to the updated app. “Actually, if you're anything like me, you use the camera on your phone more (or at least want more advanced features there) vs. the webcam on your desktop, so I understand completely. We're also tackling a couple other feature requests we've gotten, so stay tuned for more functionality coming your way in the future. Stuff is flowing through our pipeline!”

He also mentions that Microsoft is actively working to help Windows 10 support older webcams and that they’re aware of the issues some users may be having, especially with webcams made from manufacturers who have stopped updated the device’s drivers. About the older hardware, he stated that, “It's difficult for us to maintain support for hundreds of webcam models, but know that we are doing our best for you to be able to continue using whatever hardware you already own.”

The pausing of video recording in the Windows Camera app is an ability users are probably used to using in other apps. The official Vine app is one example which already allows for the pausing and starting of a recording simply by pressing and removing pressure from a device’s screen. Is this a function that you’ve been waiting for? Let us know in the comments below.