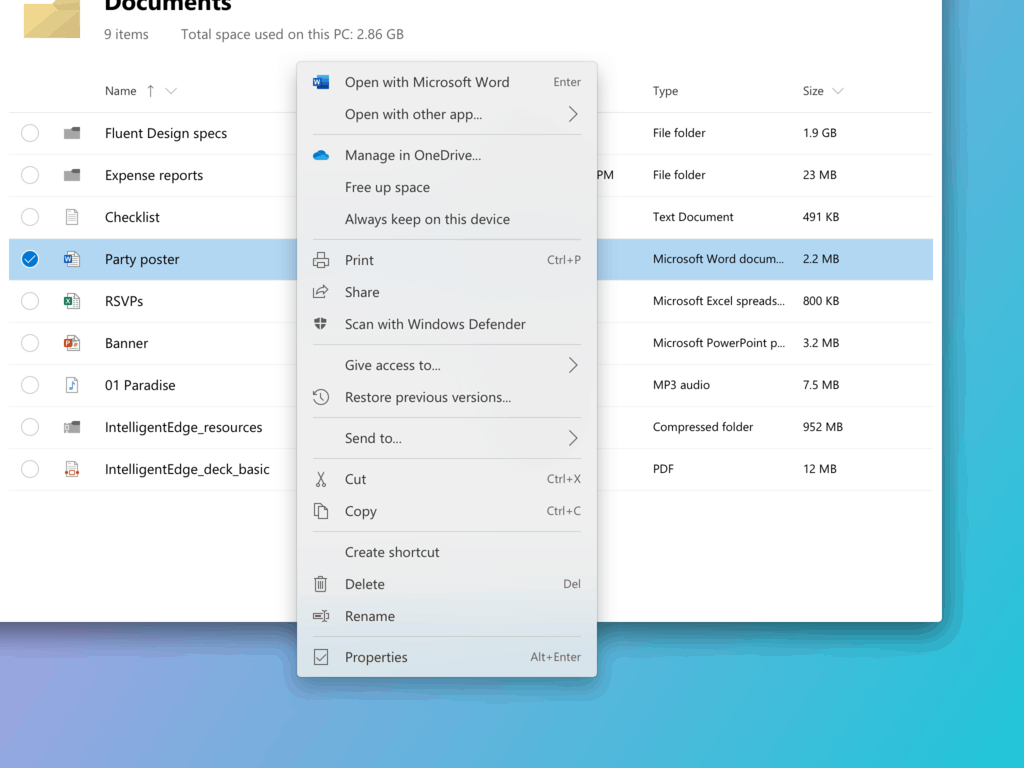 I must issue an apology and correct the record on a recent post that was misleading about some of the Windows development efforts of Microsoft in 2019 and 2020.

In the post titled, Microsoft’s File Explorer might see renewed UI design push in 2019, I intimated that the company could be fomenting a redesign of the File Explorer in Window 10 as it preps for a potential release of its WCOS/Windows Lite OS.

The reality is, new Microsoft Design intern Michael West, known for his elaborate Windows-themed visual reimagining’s created a File Explorer context menu mockup on Dribble and later expanded on that vision with a full Explorer design that he posted via his Twitter handle.

Microsoft has not made any indication that it plans to move forward with a redesign of its File Explorer this year. The last real design movement from Microsoft regarding its File Explorer happened way back in the summer of 2018 as the company began leaking development of its Universal File Explorer.

West’s mockup takes design elements from current Fluent Design guidelines and parts of the Windows team’s Universal File Explorer development, but ultimately is nothing more than a mockup at this point.

Presumably, the Windows team is working on a revamped File Explorer experience in the background of 2019 for its eventual rollout of WCOS and Windows Lite, but neither may see the light of day this year.