Unravel Two was officially announced during EA’s conference this morning and it’s also now immediately available to buy, download, and play on Xbox One consoles. The game is a sequel to the popular original Unravel title and features a strong emphasis on local two-player co-op. Here’s the official description and trailer.

When you cut ties to the past, new bonds form. In Unravel Two, create a Yarny of your very own. Then build relationships with other Yarnys in local co-op or as a single player, fostering friendship and support as you journey together.

Begin your adventure in a cold and imposing land, then watch your surroundings blossom with new life as you chase the spark of adventure. Dive into an immersive story filled with energy, exuberance, inspiration – even monsters. Approach every challenge with positivity and fearlessness to awaken the world around you, and discover an unbreakable bond between friends.

Are you excited for an Unravel sequel? Let us know in the comments below and like us on Facebook for more Xbox One video game news. 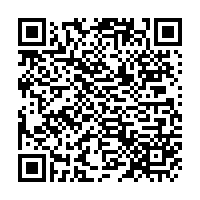