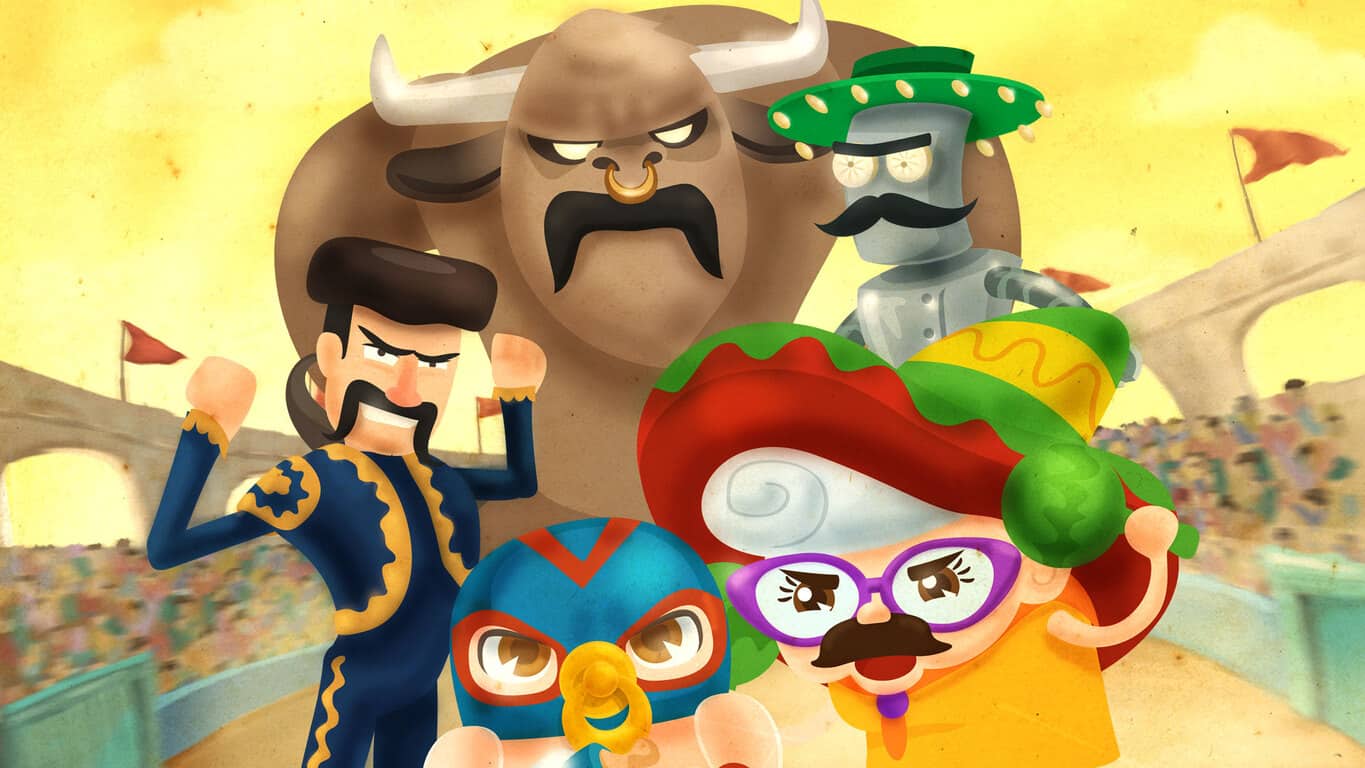 A new multiplayer video game has just launched on the Xbox One named, Unnamed Fiasco. The game supports two to four players in local multiplayer and features modes such as Deathmatch, Capture the Flag, Dog Tag, Treasure Hunt, and Police Chase, each with their own unique gameplay style. Players also get to choose from a wacky selection of characters such as an old lady with a moustache, a raging bull, a lucha-libre baby fighter, a hipster robot or a charming bull fighter.

Here’s the official description: An epic battle between an old lady with a moustache and a lucha libre baby fighter is about to unfold. Unnamed Fiasco is a competitive local multiplayer game where your mistakes can actually help you. Every time your character dies during a match, a new clone is created to help you by repeating your past lives movements and actions. Hit piñatas to collect power-ups and face the minute madness that completely changes the match flow. Fight on top of an old Mayan temple, a crowded bullring, a laboratory with deadly lasers and more. Face your friends on intense couch multiplayer matches or go solo on tons of action-puzzle challenges with online leaderboard.

Buy Unnamed Fiasco on Xbox One

Despite its simplified art style, Unnamed Fiasco features a surprising amount of content with 24 multiplayer maps, six different map themes, over 40 single-player challenges, and an interesting clone mechanic that creates a clone of the player’s character every time they die. The clone is created to help players by repeating their previous lives’ movements and actions and subsequentially makes the puzzles easier to solve with each replay.

Have you played any new games on Xbox One recently? Let us know in the comments below.