Despite its relatively small market share, the Reddit experience on the Windows 10 platform (specifically phones) is arguably one of the best with apps such as Readit representing. Recently, Readit underwent its Windows universal app evolution and with that, enveloped a few cross-device features for both PCs and mobile devices.
In a recent update, Readit developers are stacking a few more features for the app as well as crushing a few bugs users have been commenting on and boosting performance where they can.
The list of performance upgrades, user interface tweaks and bug squashes can be found (ironically) at the Readit subreddit and include:

Based on the subsequent commenting in the thread, it looks like many of these features have come just in time for users. For Readit users, developers are suggesting to head over to the Windows Store update section and grab the latest patch before beginning your holiday travels, and you lose access to your normally free WiFi. 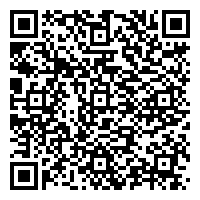 Firmware update rolling out to Lumia 950 and 950 XL devices