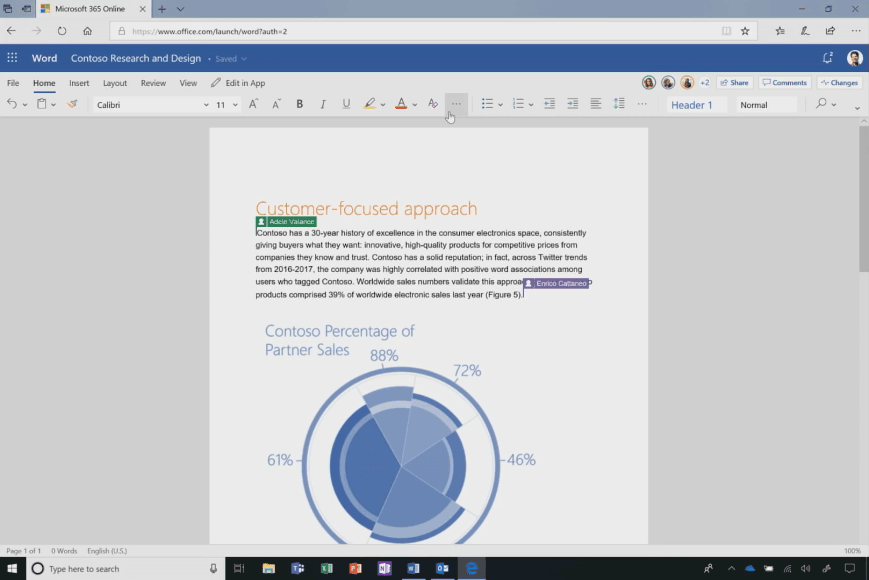 A few months ago, Microsoft revealed that it would be revamping the Office 365 ribbon with fluent design and other changes. The company initially stated that the new design would come to Office 365 and Office Online in stages, and as Thurrott.com now notes, it looks like the rollout has finally begun for Office Online.

Interestingly, there are now two different versions of the Ribbon in Office Online. Both versions have a "Simplified Ribbon" toggle switch at the top of the screen, but one appears to have more square Fluent Design touches than the other. We're not seeing either two of the versions on our end, so it also does look as though Microsoft is still deciding on which version to roll out.

As a recap, the updated Office 365 ribbon has a more compact view, putting a focus on collaborating in a more natural way. There are also new colors and animations which make the experience much more modern. The updated ribbon isn't quite yet available across all Office Online apps and only shows up on some services like Word Online, PowerPoint Online, or OneNote online. Office 365 users on Mac and Windows also won't see the updated ribbon yet either, as it is still in testing with Insiders.