Twitter's new font and buttons are now live in the Windows 11 and 10 app - OnMSFT.com Skip to content
We're hedging our bets! You can now follow OnMSFT.com on Mastadon or Tumblr! 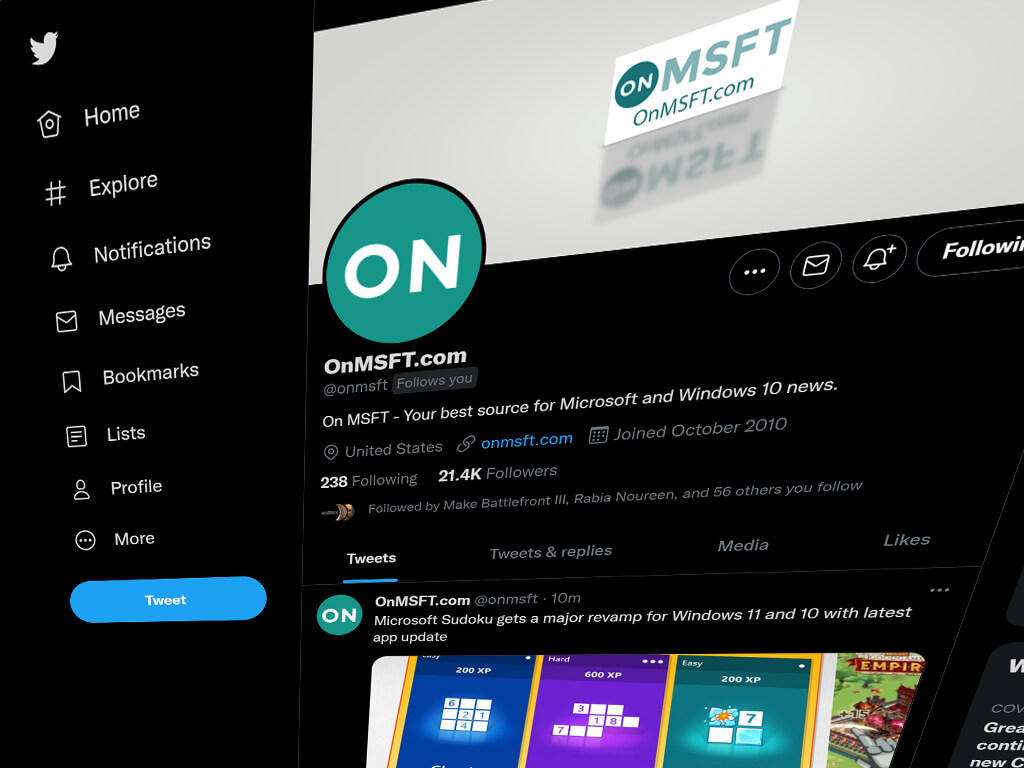 Twitter began rolling out a new design for the social network on all of its supported platforms this week and this fresh look is now live within the official Twitter app on Windows 11 and Windows 10 devices.

The biggest change with the Twitter revamp is the addition of Chirp, a new font designed exclusively for Twitter. Twitter’s Derrit DeRouen claimed in a thread on his personal account that it was important for Chirp to be “sharp and legible” though the font has been met with a lot of criticism from users with many claiming that Twitter is now ironically harder to read with words now feeling like one big wall of text that’s hard to skim.

Development was no easy task as it had to cover a lot of ground for us. For everyday use it must be sharp and legible (with good density), but with personality and distinctiveness.

Some have some have even claimed that the new Twitter font is giving them headaches.

twitter: we're making the site more accessible! (changes the font to one that half the userbase can't read without getting a headache)

In addition to the new font, Twitter has also adjusted spacing between various elements to make the experience less crowded while the Follow and Following buttons have been turned a solid black or white instead of the previous blue (or custom colors chosen by the user.)

Unfortunately, this button change has also been met with a lot of criticism as some have found the choice to be counterintuitive with the opposite color being chosen for the buttons than what many find more natural.

the font's fine but

what is this 😭 are u trying to make me accidentally follow or unfollow someone smh pic.twitter.com/stu66Hf90U

When the new style rolled out, there were several users who claimed that they had accidentally unfollowed accounts when intending to follow them because the button color made it look like they weren’t already following an account that they thought they were.

This may seem like a hard mistake to make with the words Follow and Following shown on the buttons themselves but I actually made this same mistake this morning. It seems to be a legit issue.

Have you tried Twitter since these changes were made? Let us know about your experience in the comments below and then follow us on Twitter for more Windows news.

How to Enable System Restore on Windows 10