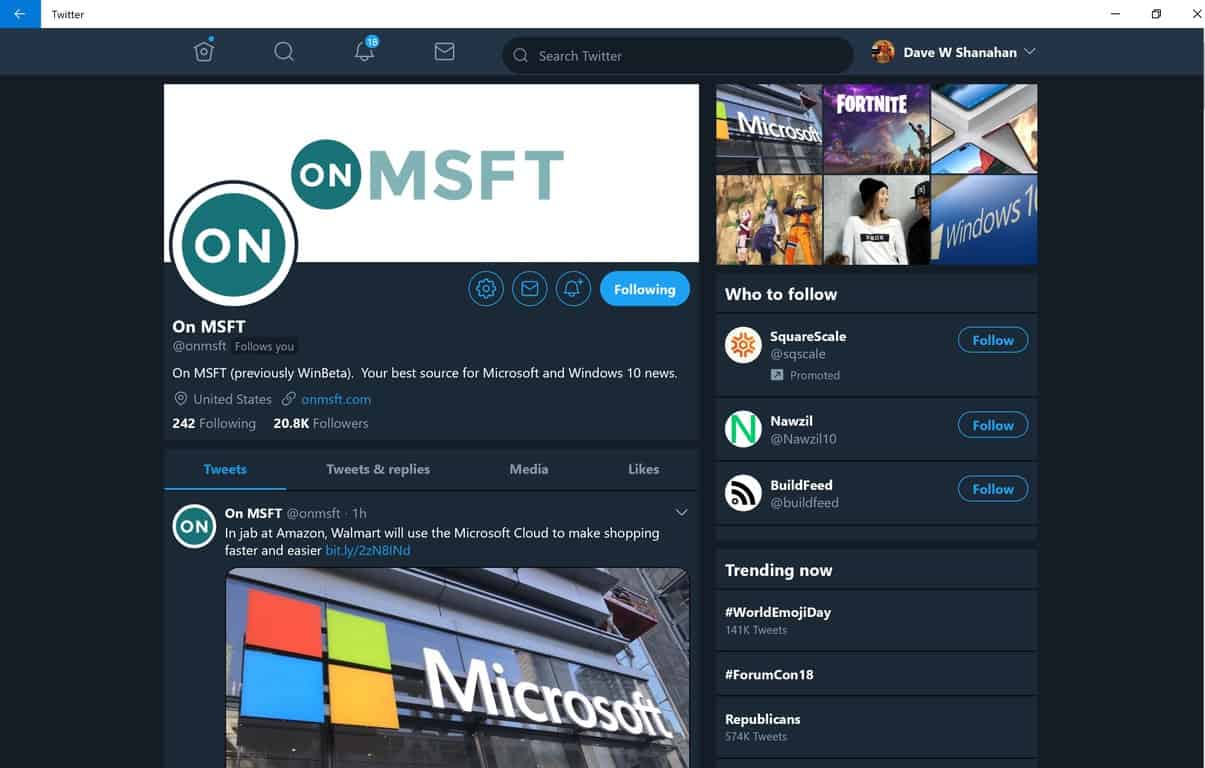 There’s a new update for the Twitter PWA in the Microsoft Store. As you may already know, PWA stands for Progressive Web App, and these apps are the new modern application standard. Windows 10 PWAs are web apps that act like native apps.

Today in Twitter PWA news:
– Some changes that should GREATLY speed up image uploads on all devices
– New update to Windows App to allow some older devices and screen rotation