Twitter killing TweetDeck for Windows, but you can still use TweetDeck on the web 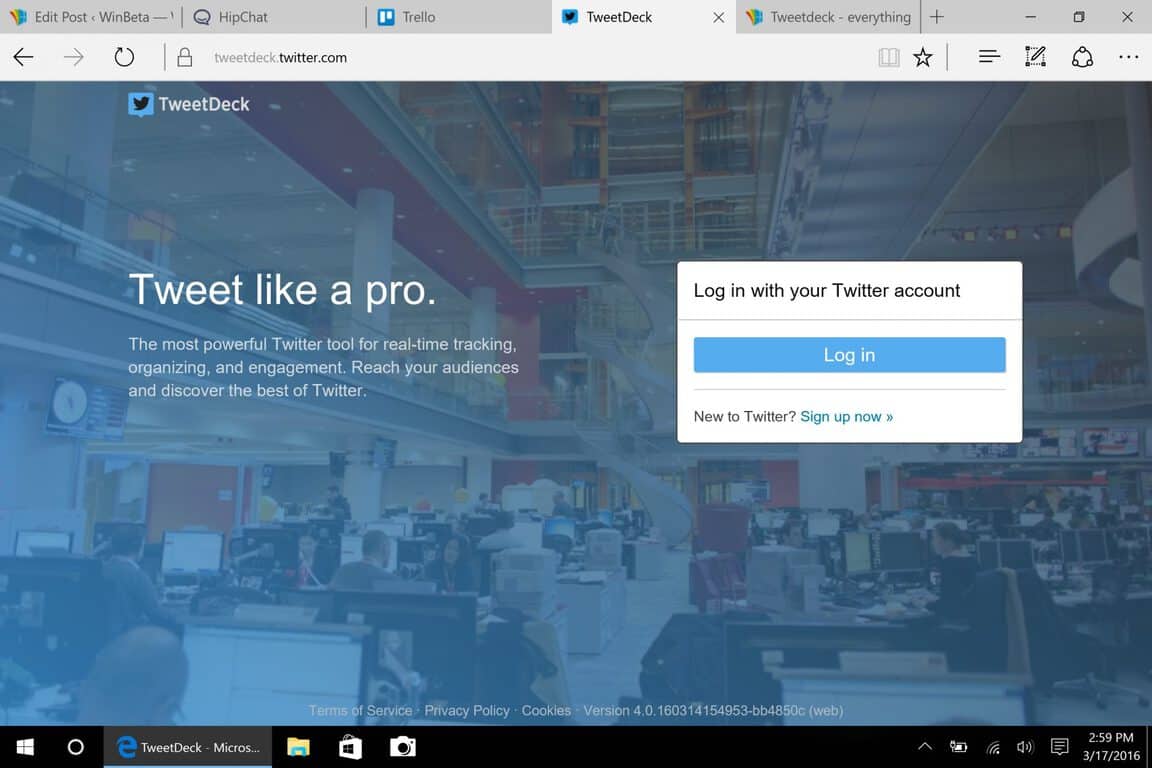 Twitter has been actively rearranging its presence on Windows devices as of late. With a new Windows 10-specific app, finally updating the Windows Phone offering, and adding features to both promptly, Twitter has satisfied a lot of casual users on the platform. Unfortunately, with good news comes bad news as well.

Twitter reached out to users of its TweetDeck service on Windows to inform them of some upcoming changes that will undoubtedly be received with angst and frustration from Windows users. Using the company’s official Twitter blog, the company released news about a seamlessly integrated sign in Web process among Twitter properties that begins March 17, 2016.

Unfortunately, that story was immediately followed by the company announcing it no longer will be supporting a standalone TweetDeck app for Windows come April 2016.

To better focus on enhancing your TweetDeck experience, we’ll no longer support a standalone Windows app. If you use Windows, you’ll still be able to visit TweetDeck on the web — nothing is changing about TweetDeck itself, just where you access it from. This change will take effect on April 15th.”

It seems strange to offer an easier way to login to TweetDeck and then kill off the desktop application in the same breath. However, it’s possible Twitter is turning its attention to integrating TweetDeck into its Universal Windows 10 app instead.

Interestingly enough, Twitter makes no mention of removing the Mac app completely or if support for the Mac app will also be suspended. Based on the news, it seems as though those who are still using TweetDeck on a Windows machine will still be able to, sans any further updates or bug fixes, until April 15. For those on Mac machines, it is unclear what Twitter’s plans are for the platform.

Yesterday, Twitter updated its official app on Windows 10 and Windows 10 Mobile with a new, redesigned interface, and the company has also included instructions on how to use its web app like a native application via pinning to the taskbar through Chrome.

Please let us know of your login experience currently and we’ll update accordingly after the April deadline.