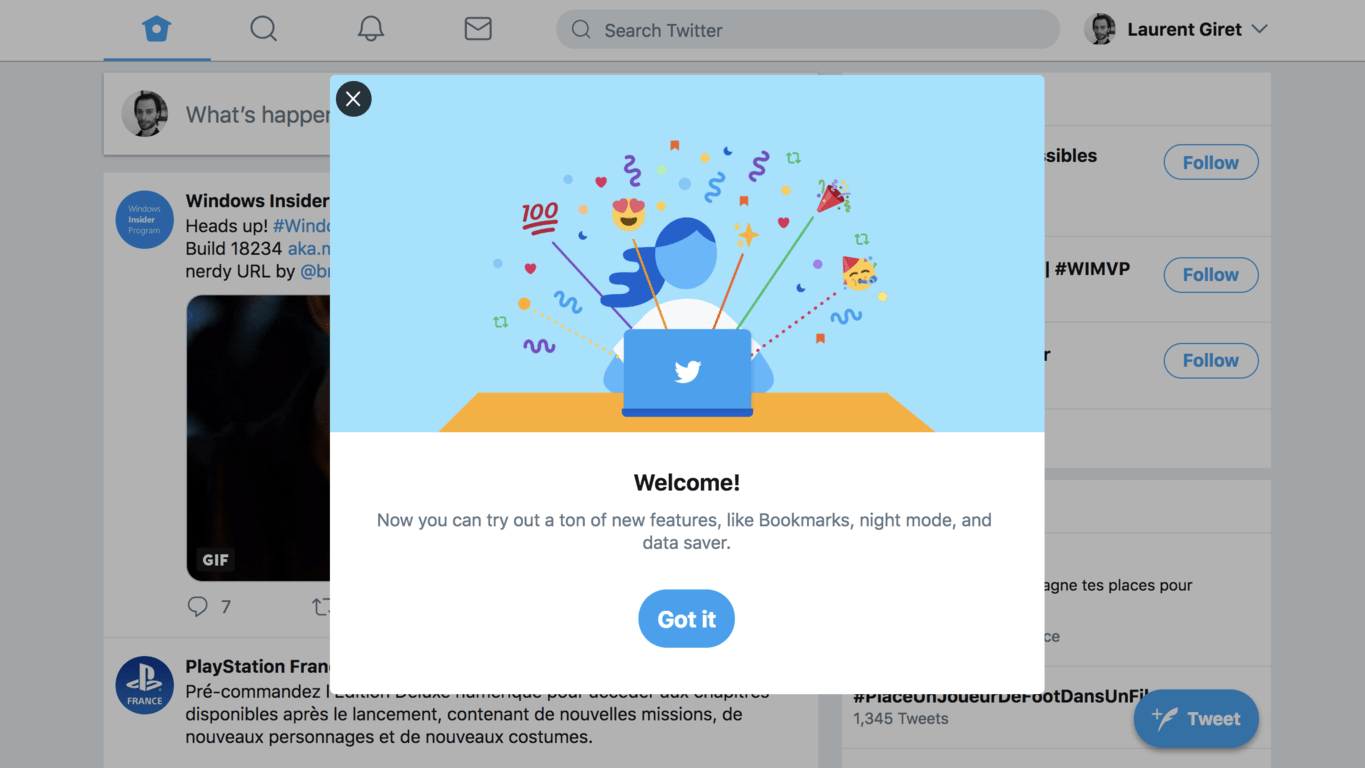 Twitter announced today that it has started testing a new web experience that may look familiar to users of the Twitter Progressive Web App. Indeed, it seems that the Twitter PWA, with its adaptive layout and new features like bookmarks and data saver may soon replace the existing web experience (via Thurrott.com)

Love to use Bookmarks and want it on web? Into scrolling through Explore to see what's happening?

We are testing out a new Twitter for web, which a small number of people will see today. Love it? Missing something? Reply and tell us. Don't have the new experience? Stay tuned. pic.twitter.com/w4TiRrVFHU

Twitter says that its new web experience is currently availalble for just “a small number of people,” but everyone can try it out today by checking mobile.twitter.com or the Microsoft Store app. The latter better integrates with Windows 10 with support for Task Bar Jump Lists, the native Windows 10 sharing UI and more.

The microblogging website made headlines last month after making important API changes that disabled key features for third-party Twitter clients. At the time, the company said that its decision was all about "investing in the best Twitter experience" for its users, and the new PWA will obviously play a big role in that plan. The new progressive web app is definitely better than the old Twitter for web, but power users will likely stick with third-party clients or Twitter's own Tweetdeck service.