There are quite a few good Twitter apps for Windows 10 Mobile, and one of the newest members of the stable is Aeries. Offering a robust set of features for $2.99, Aeries maintains a strong 4.4 star rating in the Windows Store. Today, they pushed out an update for their Universal Windows App, which contains a slew of fixes.

This is a pretty long list of new and updated features, along with quite a few fixes, so fasten your seatbelts:

General
-------
New live tile choices! Choose between recent tweets, images etc to be displayed.
Added the ability to filter any tweets mentioning a user.
Much improved frequency for syncing between apps (should update within a couple minutes).
Mention notifications now have inline reply.
Support for Spotify rich media (previews playable in app when available.)
Support for Large and medium sized tiles.
Ctrl + Enter to send a DM.
New scrollbar for Accounts side menu when using mouse.
Live tiles now cycle through 5 tweets instead single most recent.
Performance improvements when typing in compose page.
Scrolling performance improvements for when save read position is enabled.
Much improved resume performance + memory consumption.
UI tweaks all over the place.
Lists in sections now save read position.
Added Catalan translation.

Fixes
-----
Fixed an issue which would cause a tweet to be selected when viewing an image.
Fixed a potential crash when relaying out sections.
Fixed issue with sections showing twice in settings.
Fixed an activation issue when Likes is the first timeline in a section on second load.
Improvements to the stability of loading timelines with poor connections.
Fixed some issues with unread count indicators updating unexpectedly
Improved data usage on first launch.
Fixed an issue with quoted tweets not showing up in retweets.
Translations updated.

Looks like a load of performance improvements and new features, including new Live Tile options and scrolling performance enhancements, all of which are important to a Twitter client. If you're looking for Twitter alternatives, then you might want to check Aeries out. If you're already using the app, then head over to the Windows Store app and get updated. 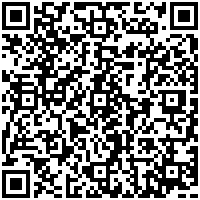