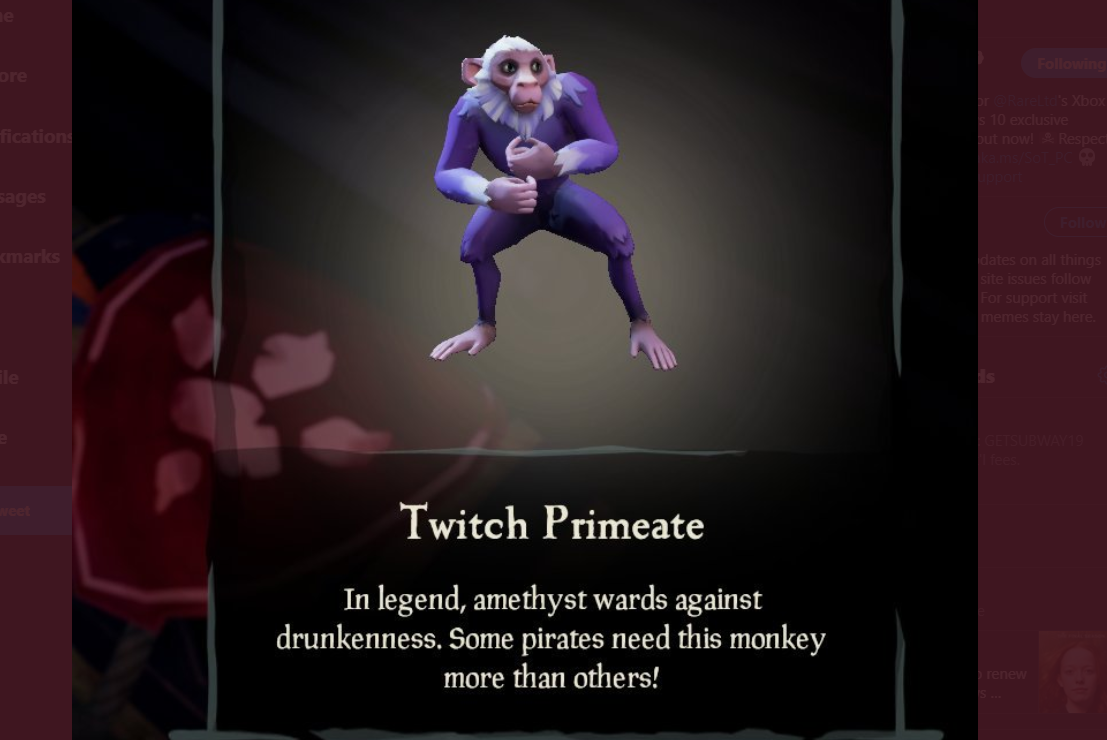 In what could be viewed as a bit of irony, Microsoft's Xbox One exclusive title Sea of Thieves is offering members on a competing streaming service (that is not Mixer) a neat in-game feature pack.

As it turns out, Twitch Prime users can snag some exclusive loot in the open (seas) world game Sea of Thieves monthly, by just being paid members of Twitch Prime.

For the month of November, Twitch Prime members are treated to:

Furthermore, collecting the new exclusives is as easy as clicking the link in the tweet below for members.

Introducing the @TwitchPrime Pirate Pack! This includes the Amethyst Soul Capuchin, three new emotes and the Celestial Steed Hull, Sails, Flag and Figurehead. Twitch Prime subscribers can tap the link to get this exclusive loot! Yes it had to be purple.

Presumably, the loot and add-ons change monthly, so the exclusive "Primate Pack" maybe something Twitch Prime users may want to cash in on soon, with only five days left in November.