One of the better Twitter apps on any platform is the excellent Tweetium, which has been a Universal Windows app for quite some time now as well as supporting Windows 8.X and Windows Phone 8.X app. On large-screen devices, Tweetium offers a unique horizontal view that's perhaps the most efficient way to keep up with active Tweet streams, and the apps has consistently been one of the more consistently updated. Today, Tweetium is receiving an update for both Windows 10 desktops and Windows 10 Mobile, adding in a number of key features.
Here's the developer's tweet:

Those are some nifty updates to round out 2015, certainly. In case you're unaware, here's the app's description.

Tweetium is the premium Windows Twitter client you've been waiting for. It's slick. It's fast. It's been designed with ample feedback from serious Twitter users, with the goal of helping you get the most out of Twitter on Windows desktops, laptops, tablets, and phones.
The base app price gets you the fully featured Universal app with support for using one Twitter account at a time. You can then optionally subscribe to Tweetium Pro services from inside the app.
The Pro add-on service enables support for up to 7 accounts, push notifications (mentions, DMs, RTs, quotes, favs, and new followers), a richer Connect view powered by Tweetium Pro notification servers, TweetMarker sync, and integrated news reading powered by our other app, Newseen.

Yes, the app costs $2.99 but given that it's simply an outstanding collection of bits, it's well worth the price. The Pro option, while a bit pricier at $7.99 for a year, turns Tweetium into an, even more, powerful Twitter option. If you already have Tweetium, then just hit that update button on your Windows 10 and Windows 10 Mobile devices, and get tweeting. 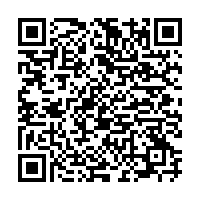 Rise of the Tomb Raider coming soon to the Windows Store