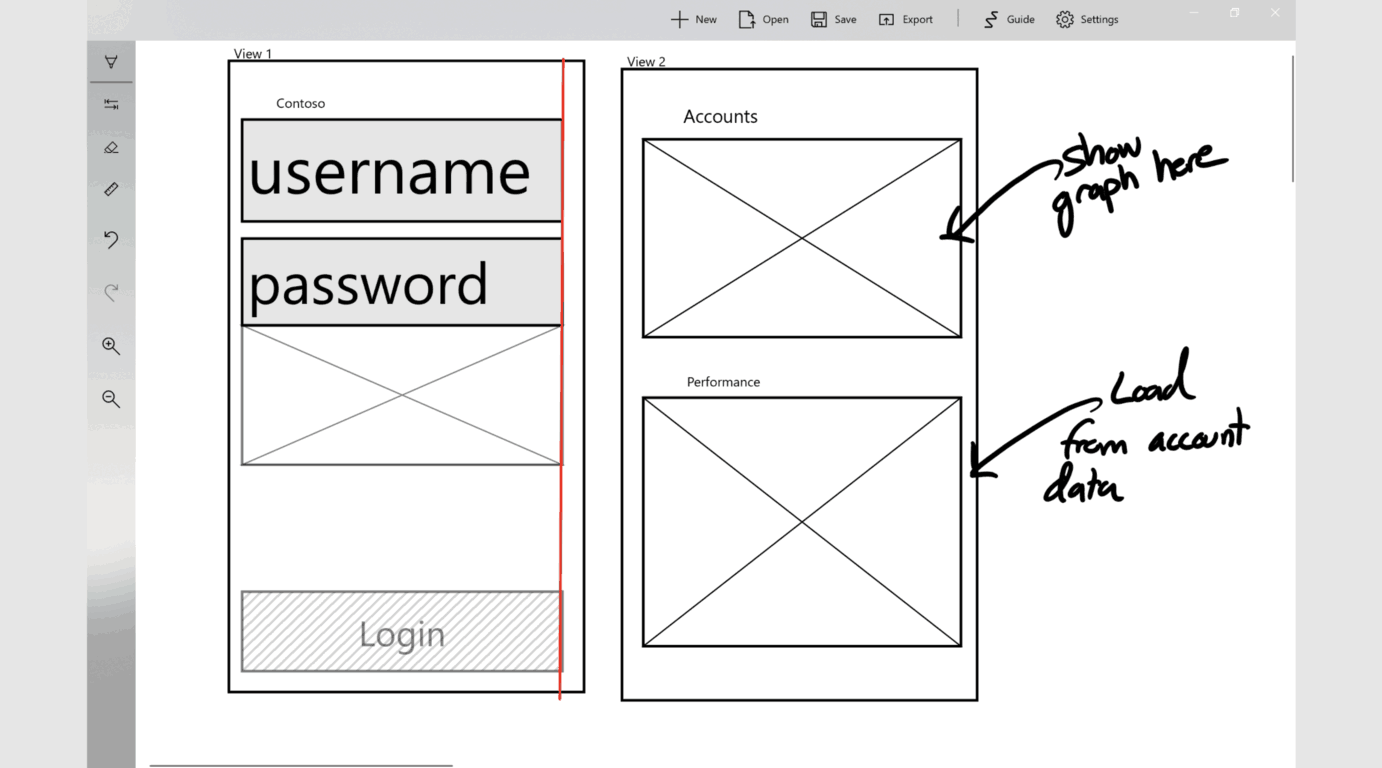 If you’re an app developer, then you’re probably used to draw wireframes and more on paper before trying to translate your ideas into working code. Well, thanks to Ink to Code, a new app from Microsoft Garage, you’ll be able to do just that on your touchscreen PC and stop wasting paper (via Ars Technica).

“Ink to Code is a Windows app that enables developers to draw wire frame sketches and export them into Visual Studio, expediting the process of prototyping Universal Windows Platform (UWP) and Android user interfaces,” Microsoft explained on the Garage blog today. Ink to Code was created last summer by a group of Garage interns, and it’s still in the prototype stage as of today. You can see how it works in the video below :

The Microsoft Garage interns leveraged the Smart Ink APIs built into the UWP platform to create the prototype app, which works as a companion app for Visual Studio 2017. “The first version supports basic app visual elements including labels, text fields, text paragraphs, images, and buttons,” Microsoft noted. “While Ink to Code can’t bring a full app vision to life, it significantly cuts down on creating the basic foundation of the app with the power of automation.”

Ink to Code should be available to download via this link, but it seems that the Microsoft Garage team is having some publishing issues as of this writing. “We’re aware of an issue where the app isn’t available in the store for all customers. We’re on it and hope to have this resolved very soon,” the company explained on the dedicated uservoice website.

What might have been: Concept shows Fluent Design on Windows 10 Mobile