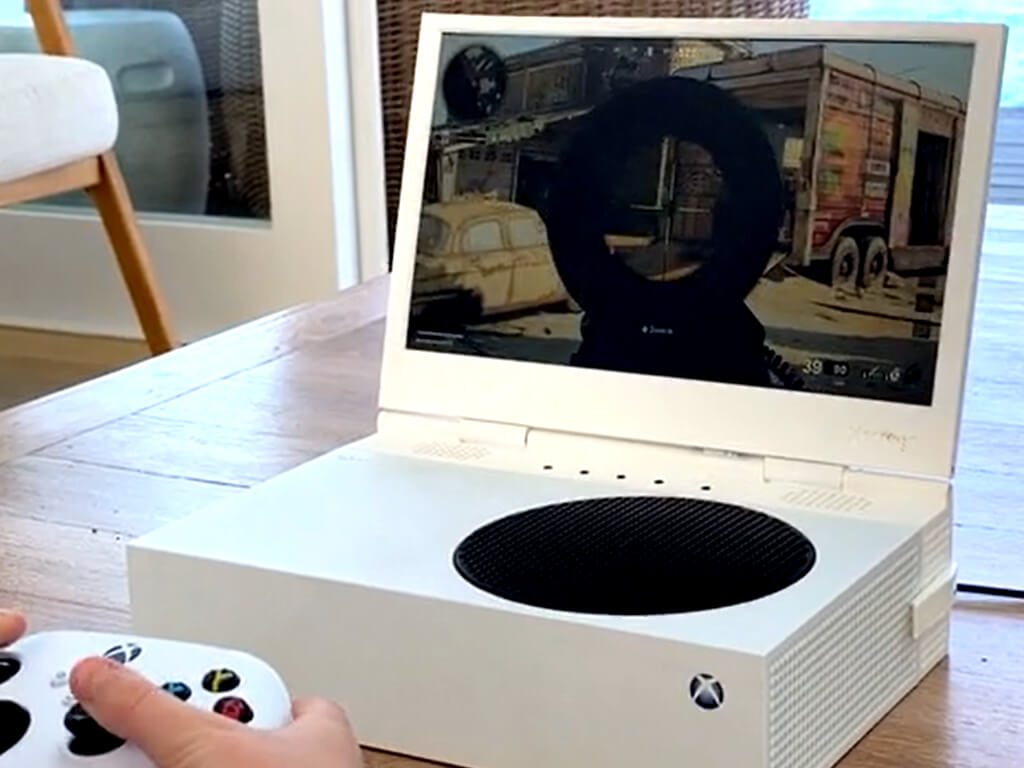 The xScreen, a crowdfunded project by Australian upstart UPspec Gaming, released on February 25th at a $249 price point. It promises to turn the Series S into a more portable console, much like similar products did for Sony's PlayStation and the Nintendo GameCube console, just to name a few of the more memorable examples.

The xScreen provides an 11.6 display (matte finish), with 1080p output, at 60Hz. Sound is delivered via the screen's integrated speakers. Power is supplied via USB (though it should be noted that the xScreen blocks one of the Series S USB ports as well as the ethernet port, so you will need to be connected to WiFi for net access). The accessory weighs in a just under 700 grams, and an optional carry case is available at an additional $59.99.

The xScreen attaches to the back of the Series S without any cables, and can be flipped closed laptop style. Attaching the xScreen is simply a matter of lining up the USB slot and snapping it into place. It should be noted that you do still need to have the Series S plugged into an AC power source (i.e., wall outlet), as at this time there is no such thing as a Series S battery.

Though this might seem like an outdated sort of accessory, the fact that the xScreen's Kickstarted reached its goal within 20 minutes when it launched in July 2021 is proof that there is quite a demand for Series S portability options. Even if you didn't back the xScreen on Kickstarted, you can still purchase one for you Series S directly from UPspec Gaming.

Ubisoft under siege by hackers