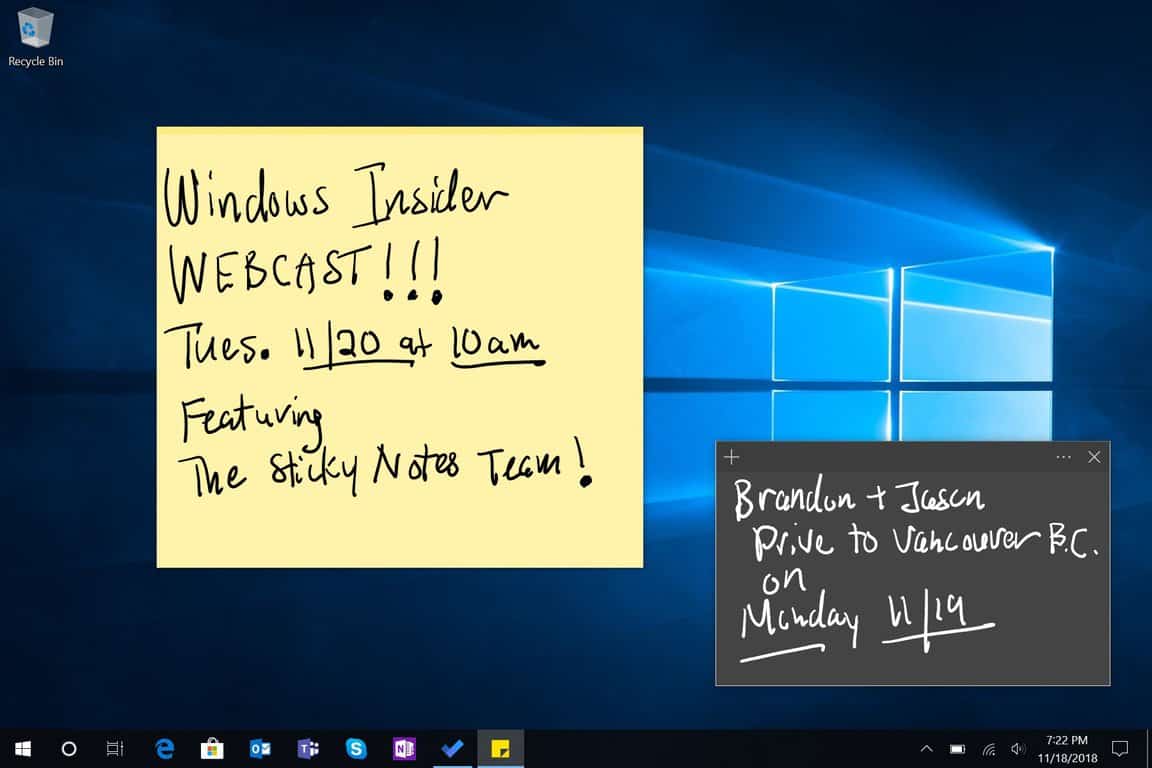 The Windows Insider webcast will be making a comeback later this morning with a special episode live from Vancouver, Canada. On this occasion, the Sticky Notes team will be here as a special guest, and we hope to hear more about new features coming to the Windows 10 app in the coming weeks.

Join us tomorrow for our #WindowsInsider webcast featuring @RezaJooyandeh and the Sticky Notes Team! https://t.co/tUVUFy1NZ9

Along with Skype and Microsoft To-Do, Sticky Notes is currently one of the fastest evolving Microsoft apps these days. A major update was released in September with a new cloud syncing feature, and Microsoft has since made Sticky Notes available on iOS and Android via OneNote, as well as the web.

The Windows Insider team will likely have plenty of other things to talk about during today’s webcast, and maybe we'll also get a new 19H1 build ahead of Thanksgiving. Don't forget to tune in to the livestream at 10 AM PST on mixer.com/windowsinsider.