Tune in to the Windows Insider webcast at 10AM PDT for news about 19H1 release and Edge Insider browser - OnMSFT.com Skip to content
We're hedging our bets! You can now follow OnMSFT.com on Mastadon or Tumblr! 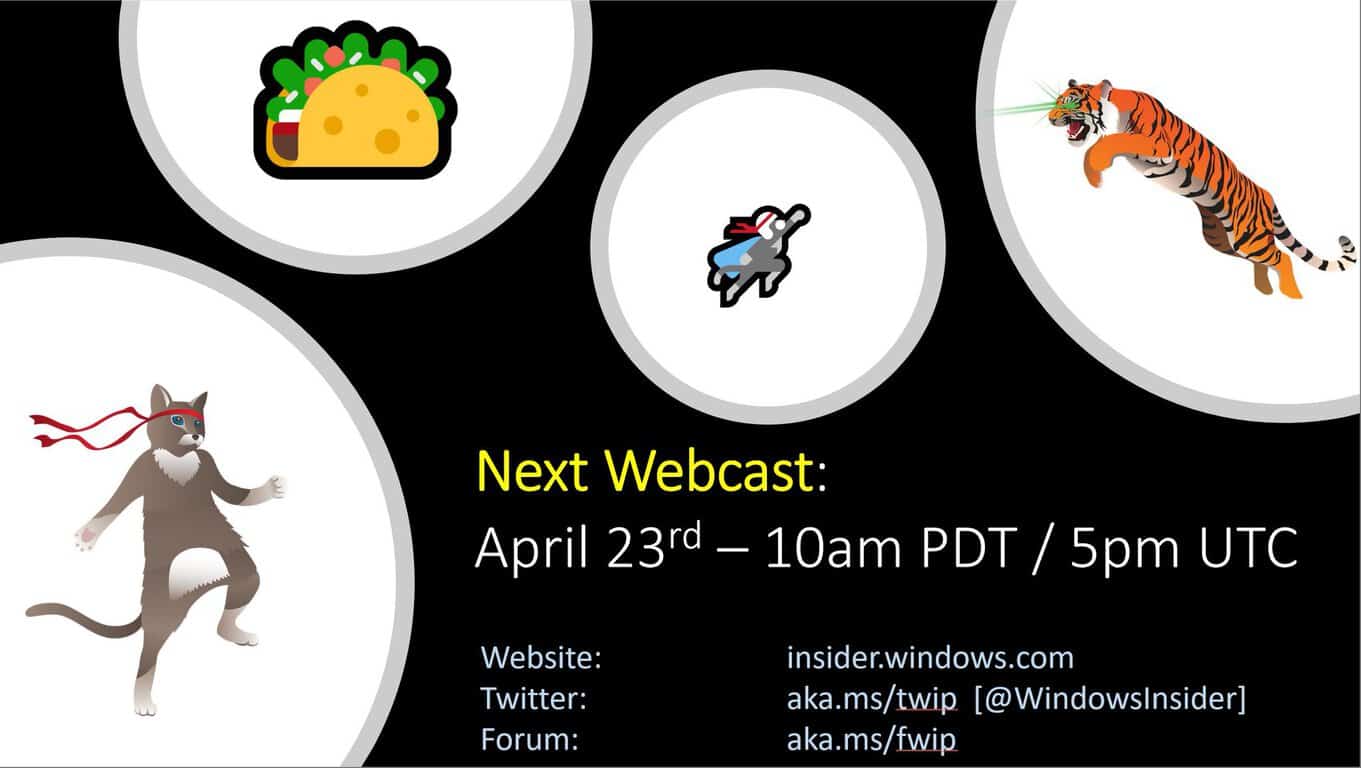 The Windows Insider webcast is coming back at 10AM PDT this morning, and this episode should dive deep into the upcoming May 2019 update for Windows 10 as well as Microsoft’s new Edge Insider browser. Indeed, Kyle Pflug and William Devereux from the Edge team will make a special appearance at 11AM PST, and we hope to learn more about new features coming soon to the new Chromium-based Edge.

Join us tomorrow at 11am PDT as @kylealden and @MasterDevwi join the @windowsinsider webcast to discuss the preview builds of Microsoft Edge. Come chat with us and ask questions in real-time as we stream live on @watchmixer. See you tomorrow!https://t.co/Faua9x5PBg

After some internal builds leaked in March, Microsoft’s new Edge Insider browser finally became officially available earlier this month with the Dev and Canary public channels. Since then, Microsoft has already introduced new features such as the ability to sync favorites with Edge on Android, as well as support for Windows Mixed Reality headsets. There are many other features currently hidden in the “Edge://flags” menu, but Microsoft is already iterating fast with daily updates in the Canary channel.

There are still many things we'd like to learn about the new Edge Insider browser, including when the Beta channel and macOS version are coming, and we may well get more information more during the podcast this morning. As usual, you'll be able to watch it live on mixer.com/windowsinsider.