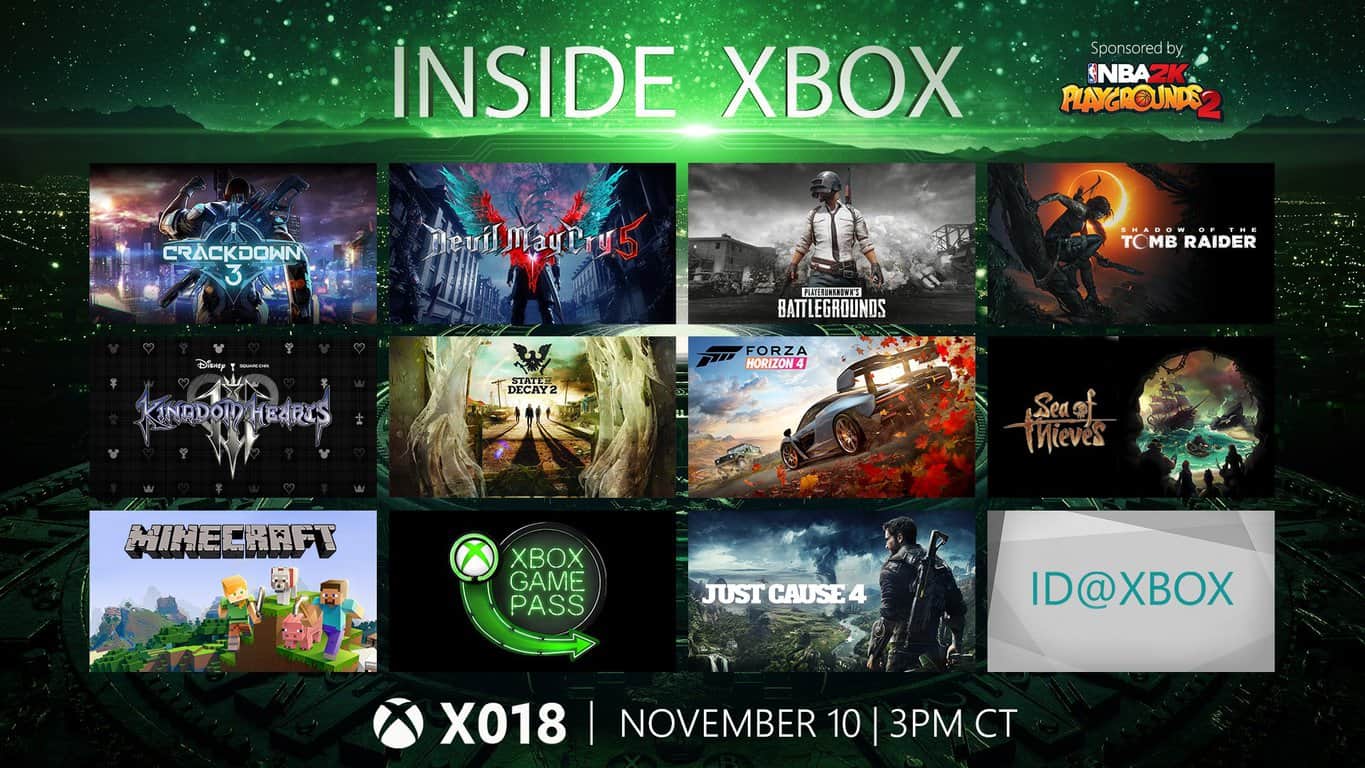 The Xbox team will be holding a special Inside Xbox livestream live from the XO18 event in New Mexico today. The two-hour show will kick off at 4 p.m. ET / 1 p.m. PT, and you can expect to see many special guests such as head of Xbox Phil Spencer, head of Microsoft Studios Matt Booty, and Minecraft Studio Head Helen Chiang.

The livestream will be available on Mixer, Youtube, and other social networks, though you may want to watch it on Mixer if you want to grab the free “Mixpot” that will include exclusive in-game content for Sea of Thieves and Forza Horizon 4.

Tune into a very special episode of #InsideXbox LIVE from #X018! Make sure you're logged in to get an exclusive MixPot featuring in-game content for @SeaofThieves and @ForzaMotorsport – and, be there live for all the latest announcements!

The presence of Xbox head Phil Spencer suggests that we may get some pretty big announcements today. We already know that the Xbox team will be making “over a dozen game announcements” for Xbox Game Pass, and we’ll also likely hear about Crackdown 3, PUBG, the Sunset Overdrive PC port, new Xbox games getting support for mouse and keyboard, and more. Microsoft is also expected to announce a new studio acquisition, which could be RPG maker Obsidian Entertainment.

We’ll be covering the XO18 live today, so keep it locked to OnMSFT if you don’t want to miss any news from this special Xbox event.