Developers of the feature rich 3rd party YouTube client for Windows 10, Tubecast, are back with a new Windows Universal app called Playcast. The latest offering from the Chromecast obsessed Webrox developers, has its sights set on delivering an unencumbered and pretty straightforward casting experience.
With Playcast, Windows 10 users now have the option to cast their content from a Windows PC, tablet, and phone, to almost any screen using any number of popular casting choices. Playcast uses DLNA protocols alongside the increasingly popular casting options such as Chromecast, Chromecast Audio, and Airplay.
The setup for Playcast is simple, and the user interface (while robust) is a very linear affair. Using Playcast is as easy as opening up the app, using the hamburger menu to cycle through organized content and hitting the casting button to the bottom left of the app. As with Chromecast, Apple TV or an Xbox, Playcast sniffs for devices connected over Wifi and then presents them in the casting menu. The app leverages those frustrating hours spent on Wifi setups and delivers a one-tap connection option making the sharing process easy and quick.

Beyond a crazy simplistic connection process, the developers of Playcast have also done the extra leg work to optimize the app for background functionality. Perhaps in preparation for Continuum use in the future (currently supports Continuum), Playcast does an excellent job of utilizing streaming features for both phones and PCs, allowing users to cast content while actively using their devices as well. Unlike screen sharing (where some apps cut corners to achieve ‘casting’), Playcast enables a device to be used if the screen is off while content is being streamed. As for audio latency, which can be a concern sometimes, Playcast seems to handle both audio and video streaming like a champ. We’ll have more on that as we put the app through its paces.
A multi-platform casting and streaming app such as Playcast rightfully cost a bit of dough, though. Fortunately, the Windows Store enables developers to offer trial periods, and while Playcast is a mere $3.99 (US), customers can test out the app for free for a week. Another benefit of the Windows Store and the Universal app platform is that customers can pay the one-time charge of $3.99 (US) and unlock the app for both PCs and phones. 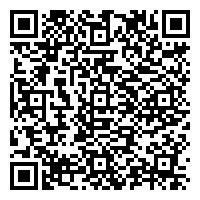