Have you ever wanted an easier way to access all of your favorite anime? Also, perhaps you’ve been looking for a way to get the latest updates on when an episode releases, as well as to mark when you first started watching the title and follow it through to the end. If so, then an updated Windows 10 app might just be what you’re looking for.

Mardonus from the Windows Phone subreddit shared an update on their anime/manga tracking UWP. Named MALClient in regards to My Anime List, the popular anime and manga website for enthusiasts, the app unofficially provides basically the same services as the site. The ad-free application displays your preferred entertainment from myanimelist and hummingbird.me so you won’t miss anything new. It was first introduced earlier this year in April and now it’s back with a rather large update that completely turns the app on its head.

MALClient is also useful for finding new and upcoming anime or manga with a new search feature that lets you find characters or titles. You can also have full conversations with the private messaging or via the profile comments. Here’s a beefy full list of the impressive update’s features from the store page:

MALClient is already a smooth and feature-rich client app that works as intended without any advertisements to bog it down or in-app purchases except for various increments of donations. But that’s not all that is in store. Mordonus has additional plans for the application in the future like adding watched topics and maybe even clubs that would let users become more social in their favorite genres.

The creator did take to answering a couple of the questions brought up by users about the update to MALClient. Mordonus clarified that there was only one way to log in due to the API credentials used by the third party client and that further options aren’t likely. On a more technical note, MALClient is also open sourced so you can view the GitHub repository online to learn more about it.

Are you looking for your next anime or manga binge? Try out MALClient by downloading from Microsoft’s Windows Store with the link below. 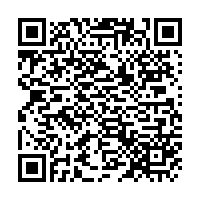