A new game has just launched on Windows 10 devices called, Touchdown Hero: New Season. The game is published by Game Troopers and appears to support PCs and tablets running Windows 8 and upwards and smartphones running Windows Phone 8 and up.

Here’s the official app description: The Big Game of 2016 is finally here! Become a true Touchdown Hero in this top-down tackle-avoider! Choose the right scheme and swiftly rush down the field. Use fakes, pushes and spins to avoid being tackled by aggressive defenders. The unique slow-motion feature will allow you to Spot the Gaps and reach End Zone after End Zone. Get ready to score big! Share your scores and challenge your friends! - Free limitless fun for everyone - Unique slow-motion feature - Easy to learn controls - Loads of teams and characters to unlock - Different types of opponents, fields and weather conditions - Original old school graphics - Great retro-style music and sound effects.

Touchdown Hero: New Season supports Microsoft’s Xbox Live online gaming network. This connectivity allows it connect players to others on their Xbox friends lists for leaderboard and challenge competitive play and also enables a host of Xbox Achievements that can be unlocked once certain requirements are met. Interestingly, Touchdown Hero: New Season appears to be running on the older version on Xbox Live which was used for the Xbox 360 and Windows Phone 8 video games. The majority of Xbox Live-enabled games on Windows 10 use the never version of the service which is also shared by the Xbox One video game console.

Have you played Touchdown Hero: New Season yet? Let us know your thoughts on it in the comments below. 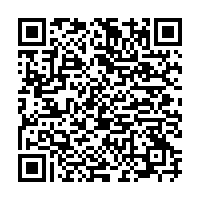 Pac-Man Championship Edition 2 announced for PC and Xbox One