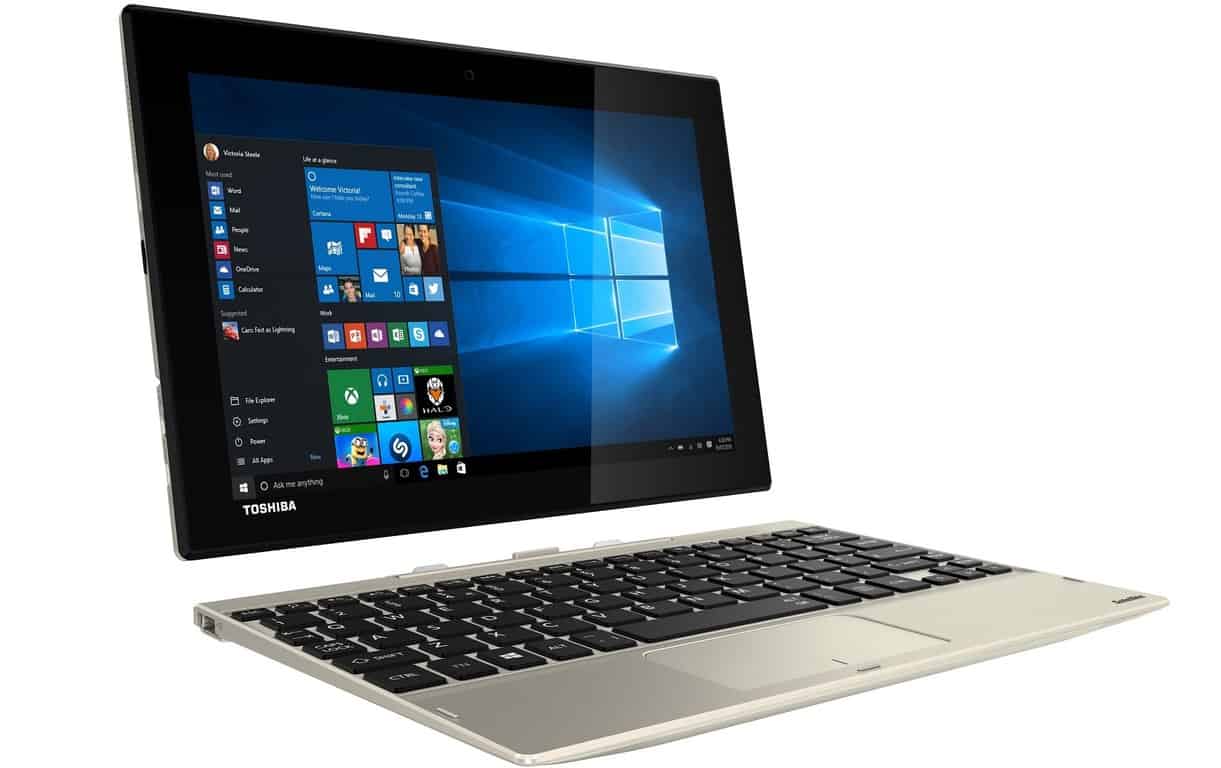 September has proven the success of the 2-in-1 PC form factor pioneered by Microsoft.  We have seen a whole new lineup of Windows 10 devices announced at the IFA industry exhibition, rumors are surfacing (no pun intended) of Dell’s 2-in-1 with their signature Infinity Display, and even Apple has joined the 2-in-1 fray with the recently announced iPad Pro.
One of the newest 2-in1’s, the sleek looking Toshiba Satellite Click 10, is now available for purchase in the US. Unlike the Surface 3 or iPad Pro, this 2-in-1 comes with a detachable hard keyboard that can fold like a traditional clamshell laptop. And when the keyboard detaches it becomes a convenient 10.1-inch tablet weighing 1.2 pounds.
While well-designed to be compact and ultra-portable, this device's hardware is less powerful than the Surface Pro 3, and is more in lines to compete with 2-in-1’s like the Surface 3. The specs are:

This capable Windows 10 2-in1 starts at $349.99 for the 32 GB option and goes up to $369.99 for the 64 GB version. And unlike the Surface 3, the keyboard is included. However, it does come with a slightly less powerful version of the Intel Atom than the Surface 3 (the X5-Z8300 compared to the X5-Z8700), and with a limit of 2GB of RAM it won’t be a multitasking workhorse. That said, it still runs a full desktop version of Windows 10, comes with good port options, HD display, 7 hours of battery, and a hard keyboard attachment that has more “lapability” than a magnetically connected soft type cover.
What do you think of Toshiba's Intel Atom powered 2-in-1? Let us known in the comments section below.

Flappy Bird with a twist: Fly or Die available in the Windows Store