Today's Windows Insider podcast will have special guests from the Edge Insider team, watch it here - OnMSFT.com Skip to content
We're hedging our bets! You can now follow OnMSFT.com on Mastadon or Tumblr! 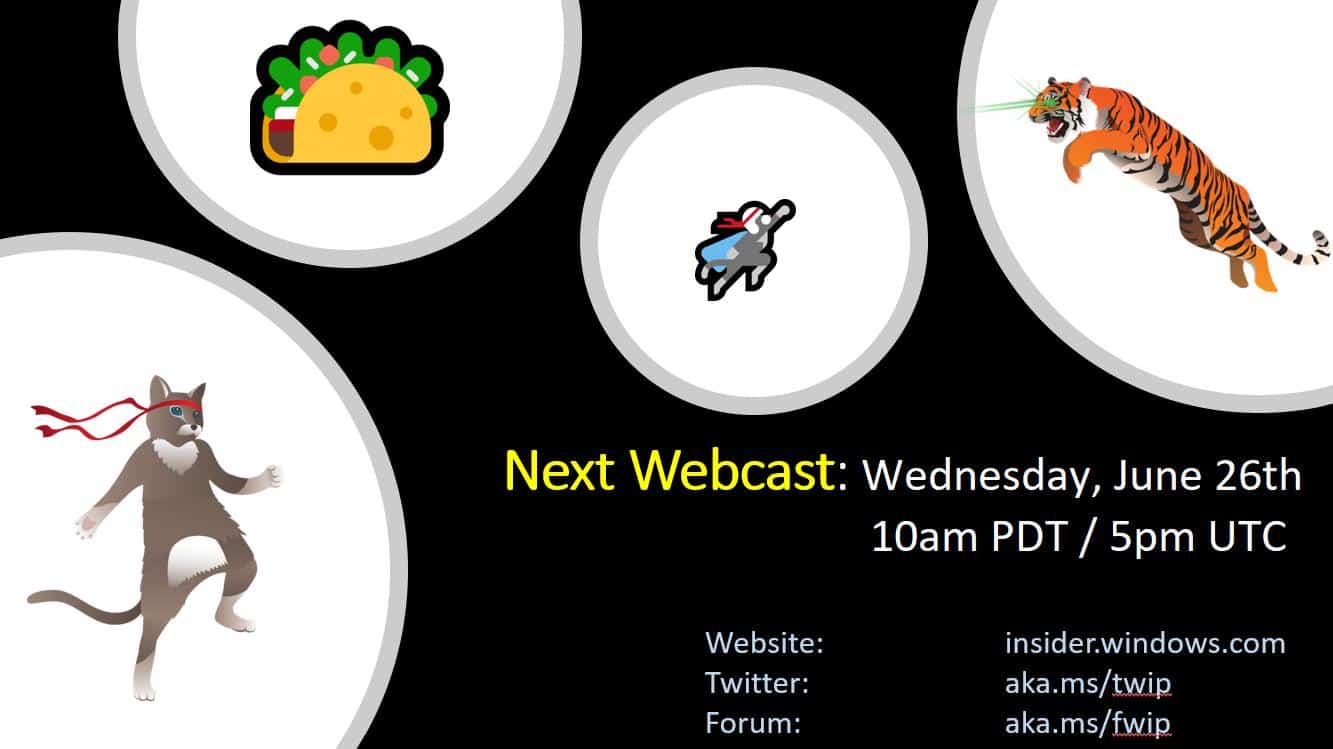 The Windows Insider webcast will be making a comeback on Mixer this morning, and the June episode will air at 10am PDT / 5PM UST. The announcement mentions the presence of the Microsoft Edge team, and we hope to get more details about new features as well as the upcoming Beta channel for the new web browser.

#WindowsInsider webcast tomorrow, June 26th! We'll have our awesome guests from the @MSEdgeDev / @MicrosoftEdge team joining us for discussion and demos. Hope you're able to join us! 10am PDT / 5pm UTC at https://t.co/gKWNaQ5FcM pic.twitter.com/8hCcwN5bmS

We’re also hoping to get a new Windows 10 20H1 build today, or even some information about the 19H2 update. The Windows Insider team said in February that they would start shipping the first 19H2 builds to Insiders “later this Spring,” but that ultimately didn’t happen. We’re not sure what’s preventing the team to finally give us an update, but there isn’t much time left to test the 19H2 update before its release later this Fall.

We'll see what happens during today's webcast, and you'll be able to watch it below when it begins at 10 AM PDT.

Do you think it's time for Microsoft to finally discuss what's happening with the 19H2 update? Let us know in the comments if you think today's webcast would be a good opportunity to do so.