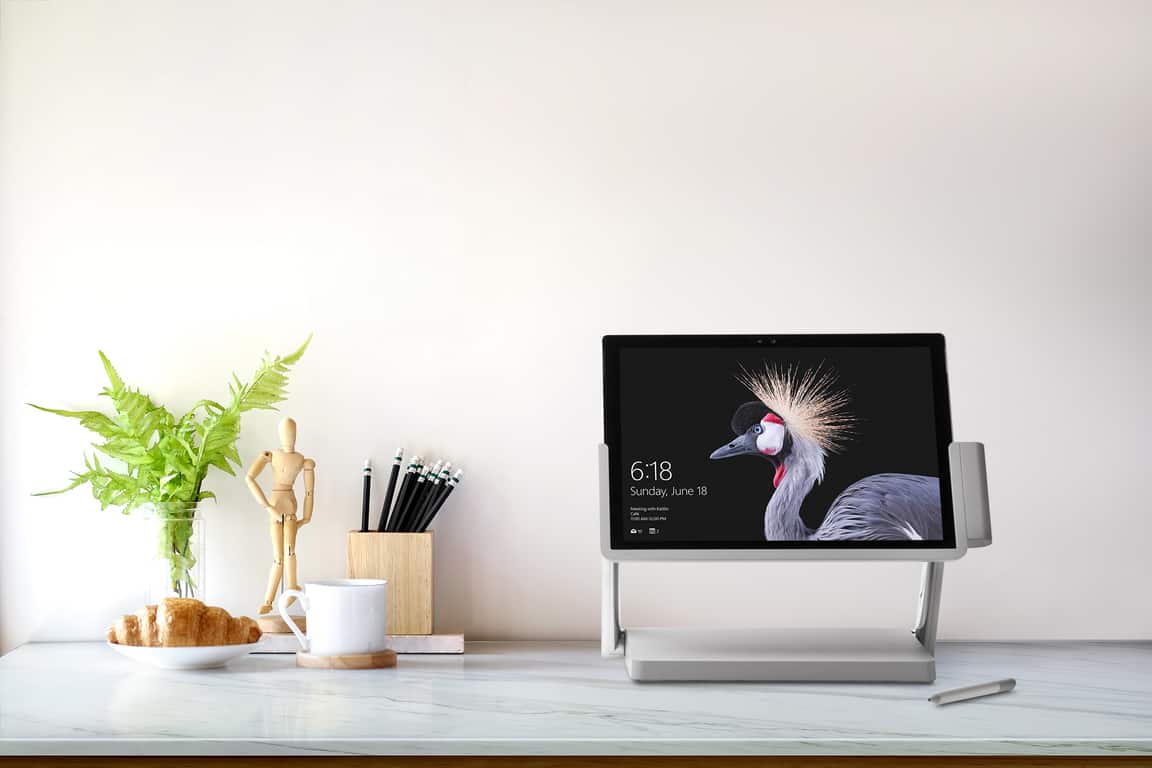 The dock is built on the power of Microsoft's Surface Connect technology and comes with an array of ports. Positioned on the rear, these include a microphone and headphone port, USB C port, 4 USB 3.0 ports, an Ethernet port, a display port, and an HDMI port.

Thanks to a pivot hinge You can also pivot the dock down to a comfortable inking angle, and dock your Surface Pen. You even can use up to two 4K external monitors with the dock.

The new docking station--- oddly called the SD7000--- was announced at Microsoft's Inspire partner conference, and is planned to become available for $299. There's no immediate specifics on when it will be available for purchase, as Kensington is currently only sharing the tech specs and functionality of the dock.