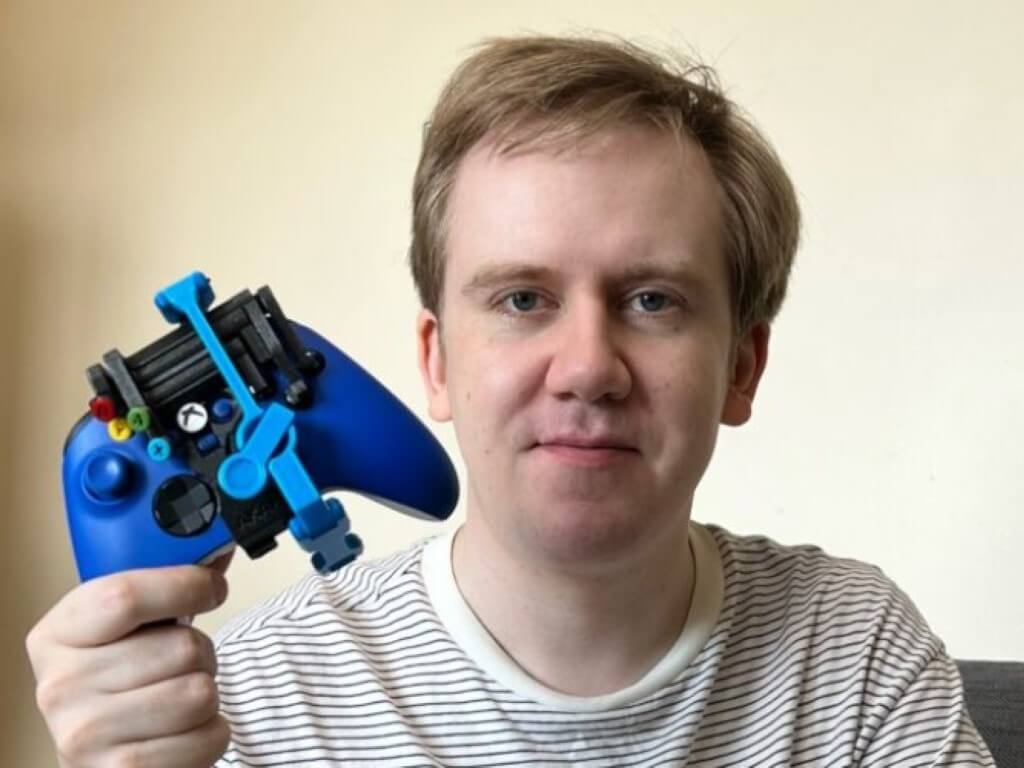 Youtuber and hobbyist Akaki Kuumeri has released a blueprint for a 3D-printable mod that allows Xbox Series X/S controllers to be used one-handed.

The modification uses multiple snap-on parts that allow buttons on the right side of the controller to be accessed with the left hand. The right thumbstick is used by laying the controller on a flat surface and swaying it, manipulating the thumbstick via an attached mechanism.

Kuumeri has also made a similar one-handed mod for the PlayStation 5 Dual Sense controller. He says he is looking to complete the set by making a one-handed solution for the Switch JoyCon controllers. He has made the blueprints for the Xbox controller mods available on printables.com. The mod can also be purchased through Kuumeri's Etsy store.