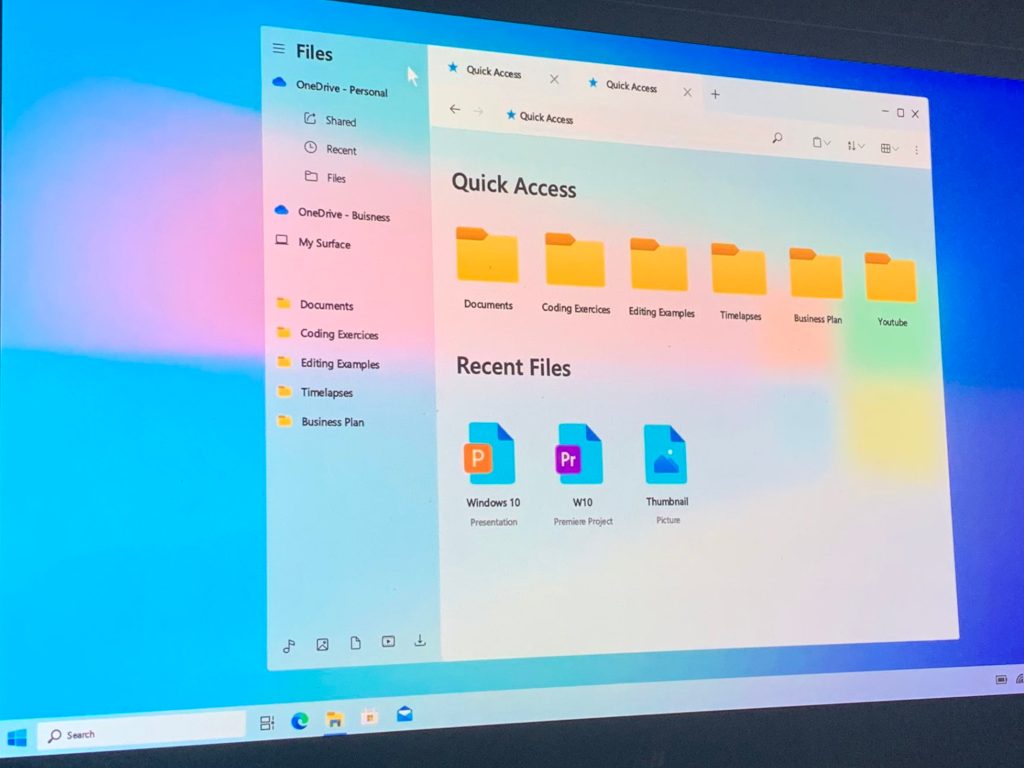 We learned today that Microsoft is reportedly planning a big Windows 10 redesign codenamed "Sun Valley" in 2021, rumored to feature a new Start Menu and Taskbar experiences. However, one Windows 10 fan recently created his own concept of the operating system, inspired by Fluent Design, and Windows 10X.

Published on October 26 (via Reddit), the one minute and 22-second long video should be quite interesting if you're a long-time Windows 10 user tired of the current design of the operating system. It begins by showing a revamped Start Menu concept, which has more transparency effects. We can see Live Tiles, as well as a new "What's next" and "Recent files" section, as well as a relocated power button, too.

The video then shifts to envision a new Action Center which resembles the one we've seen in Windows 10X, thanks to sliders and quick settings. There's even a section that makes it easy to switch between audio outputs. Inspired by Windows 10X, this all sounds similar to what Microsoft is rumored to be planning with "Sun Valley."

What's cooler, though, is the redesigned File Explorer and System Settings concepts. Here we get to see that they have been revamped heavily with Fluent Design. There are tabs in the File Explorer and clearer sections for system settings in the modern Settings app.

All in all, this is a nice concept, however, it is still, just a concept. These fan-made videos offer a nice vision of what's wanted in Windows 10, but actually changing the code in Windows, and completely re-writing things is likely a harder task than we can imagine. But, with Panos Panay at the helm of the Windows and Devices team, there's is hope that in 2021, Windows will look and feel quite different --- even if it's not like this concept shows.

(Thanks for the tip, Mark)