This cool video pays homage to Windows' past and Microsoft's keyboards and mice [Updated] - OnMSFT.com Skip to content
We're hedging our bets! You can now follow OnMSFT.com on Mastadon or Tumblr! 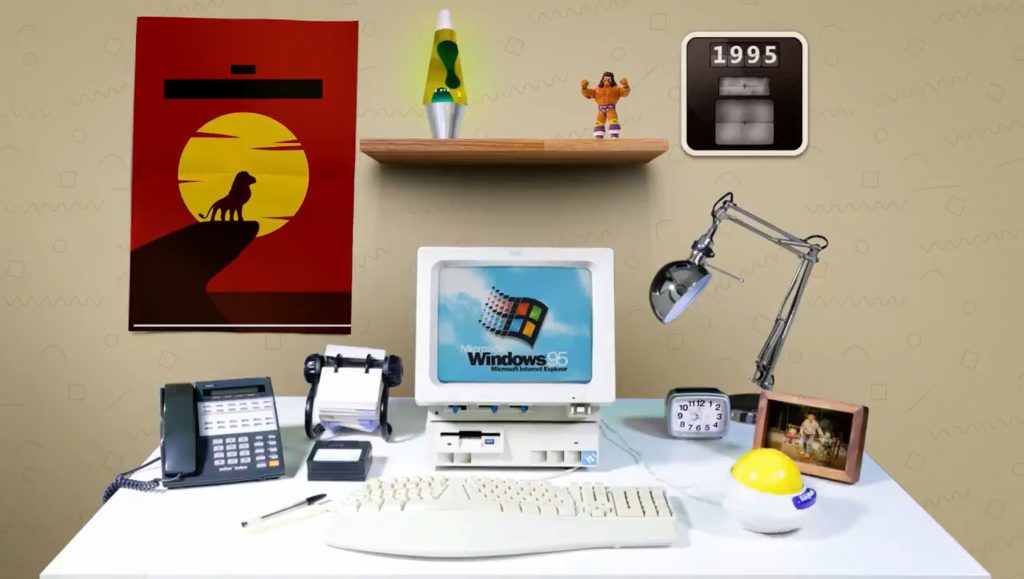 There is no hiding the fact that Microsoft is a company with a deep heritage. Its products hold a key role in many points in computing history, and even in the hearts of many Microsoft fans. A retrospective video now takes a look at all of that, including the history of Microsoft's keyboard and mice.

Although recently tweeted out by WalkingCat, the video was first sent out by Microsoft UK back in 2017. While a bit dated, and the original link now dead, it is fairly similar to the videos Microsoft usually airs during Surface events when it reveals new hardware.

Anyway, the video starts off with the text "Everything we've done, we've done together" appearing on the screen of an old-school DOS-era IBM PC. The video then transitions out to shots of various desktop PCs from the past decades, including Windows 95, Windows Vista, Windows XP, and Windows 8 and 10 systems. We even see items on the desk in the video change between shots and decades. That includes a rotary telephone, Rubik's Cube, Casio watch, camera, and more. There are even appearances of floppy disks, HoloLens, and the Surface Studio towards the end of the video. Posters and items on the wall change, too.

More eagled-eyed Microsoft tans, though, might notice that this video also shows how Microsoft's own keyboard and mice have evolved. From the very first Microsoft Mouse in 1983 to the Microsoft Intellimouse from the 2000s, and even the Arc Touch Mouse and the Surface Mouse from the modern era. Microsoft's Keyboards play a big part in the video too. We see the Natural Keyboard from 1994, the Sculpt Ergonomic Desktop keyboard from 2013, and even the Surface Ergonomic Keyboard at the end of the video alongside a Surface Dial.

The video then ends with a shot of the Surface Studio and the words "Together, imagine what we'll do next." That in mind, this could be a homage to Microsoft's keyboard and mice. Did you like the video? Let us know in the comments below.

Update: We've updated our article to clarify the origin of the video. Turns out it was from Microsoft UK in 2017. Thanks, Florian for the tip!