This conceptual image gives the Windows 10 battery meter a complete overhaul - OnMSFT.com Skip to content
We're hedging our bets! You can now follow OnMSFT.com on Mastadon or Tumblr! 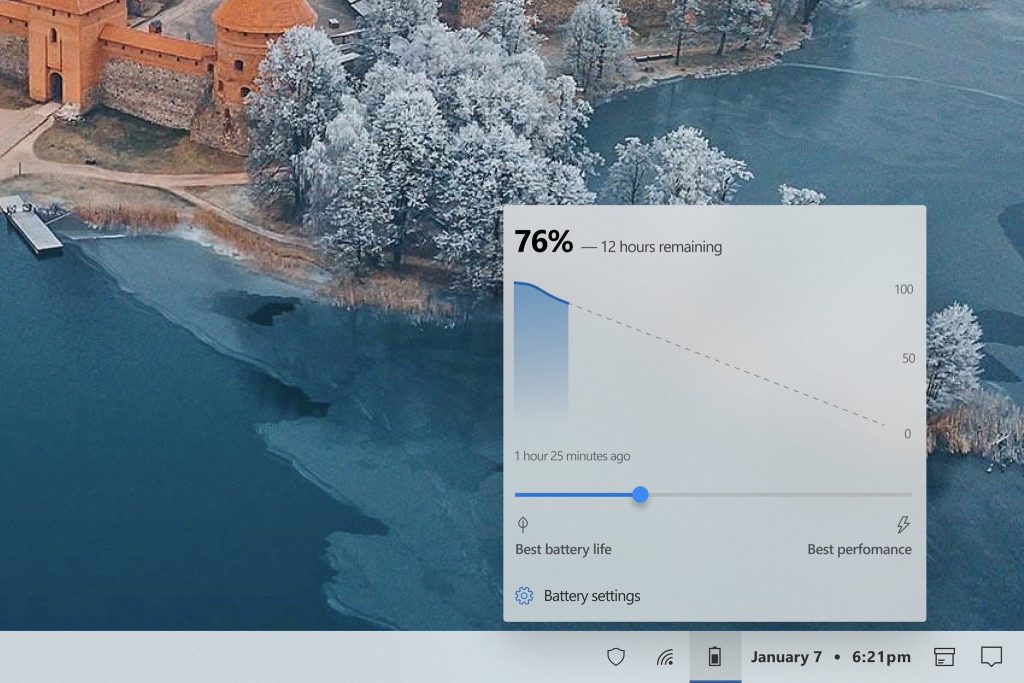 Some Windows 10 users might often spend a lot of time staring down at the battery meter in the Taskbar. It helps gauge when a recharge is needed to give a laptop more juice. That battery meter has seen some changes over the years, such as the addition of a slider for different performance settings, but one Windows 10 user has a new concept that gives it a massive overhaul (via Reddit.)

Seen above, the concept image by u/zeealeidahmad gives the battery meter some interesting tweaks. For one, it changes the icon for the battery meter itself. Instead of being horizontal, the icon is now vertical. The image also shifts the flyout power slider for different performance settings to a more rounded look, complete with touches of Fluent Design. And, above that, there is now a graph to show a predicted version of how battery life will change in extended usage.

This is a nice new look for the battery meter and flyout menu, but it is worth noting that it is unlikely ever to happen. Changes like this one take a lot of coding under the hood of the operating system, which is obviously much harder than just mocking up an image in Photoshop. Concepts like this, though, are not uncommon. Another Windows 10 fan recently created his own concept of what he wants the Windows 10 20H1 update to look like, complete with a new Start Menu, Action Center, and more.