Back in January, Telegram CEO Pavel Durov announced on Twitter that the company had plans to develop a UWP version of the popular security-focused messaging app, though the new version is still nowhere to be seen after all these months. However, a group of Telegram enthusiasts have already started to build a third-party Telegram app called Unigram, and you can already follow the app’s development on GitHub.

We faced some issues with SDK of Windows 10 Threshold release so we had to wait for Windows 10 Anniversary Update’s (RedStone_1) SDK.

We are still waiting for official release of this SDK. In the meantime, we have been working on things which are not dependent on SDK so work is going smooth.

Unigram developer “Ikarago” also added that “the current version doesn’t have a chat-page as of yet (we’re working on that! :) ) but you can receive and reply from notifications.” 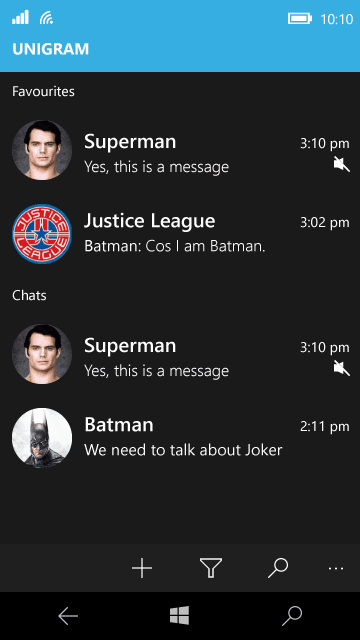 We’ll see if Unigram developers manage to release their UWP client before Telegram releases theirs in the coming months. In the meantime, you can follow the app’s development on Github as well as on the dedicated Telegram channel over here.