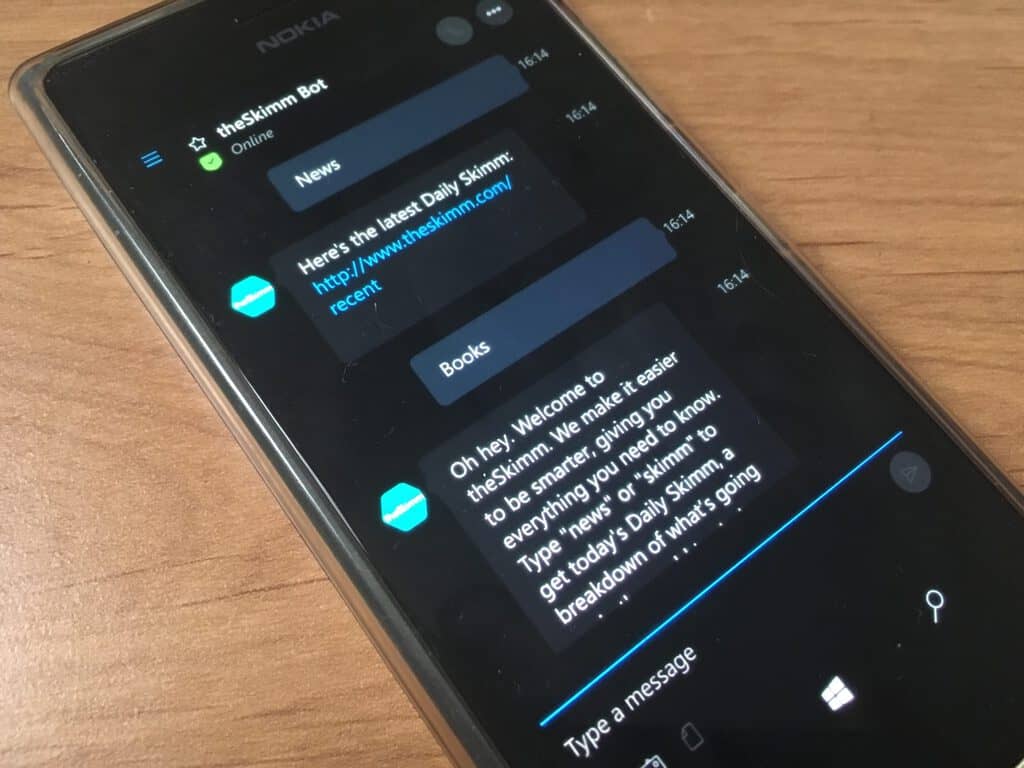 Microsoft has announced today that it has partnered with theSkimm, a popular business newsletter , to create new integrations with Office 365 and Skype. By leveraging Office 365 Connectors, theSkimm will allow Office 365 users to receive daily highlights of the newsletters into their Group Inbox in Outlook. From there, users will be able to share and discuss the content with co-workers within Office 365 Groups.

Additionnally, theSkimm has also launched a new Skype bot in early preview: it’s pretty limited for now, but the bot can provide users editorial content and book recommendations when typing simple commands such as "news" or "books". To try it, users can add theSkimm bot from the messaging app’s bot directory

A New York-based startup, theSkimm raised $500,000 last month from a group of investors including the New York Times (via ReCode). In the blog post announcing the news, Daneille Weisberg, one of theSkimm’s founders explained that "we're always looking for ways to bring our unique content to new platforms to reach more people. We are excited to partner with Microsoft on theSkimm's integration into the company's productivity and communications tools." As Office 365 is enjoying increasing popularity among Fortune 500 companies and SMBs, it makes sense for the business newsletter to try to reach its readers where they are.