Yet again, it’s that time of the month when we give you the monthly roundup of features that made it to Excel. Let’s dive in!

Excel for the web

Users will now also be able to to better organize their queries and quickly consume the data on the queries pane through the recently added Group operations to the Queries Pane. Both Excel for the web and Excel for Windows users can now create a PivotTable that links to a Power BI dataset, thus allowing them to be able to analyze data on both platforms seamlesly.

Excel also now has a text editor that allows the user to add formatting, though limited to part of the text within a cell. They can also use the ribbon or shortcuts for formatting. 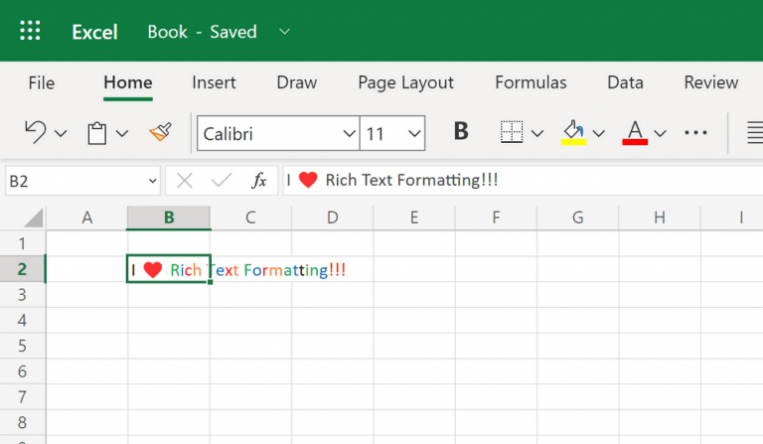 Categorizing has been simplified in Excel as you can sort out your data by color or icon from the auto filter menu, on top of being able to categorize them in either ascending or descending order, thus making it easier to analyze and breakdown data.

Microsoft has also made the process of deleting chart elements in Excel easier, all you have to do is select the series you wishto erase then hit the backspace or delete button on your keyboard.

Have you been straining to view long formulas on Excel? Well, there’s finally a solution for this issue. You can now expand and collapse the formula bar by either using the chevron or manually resizing it, thus enhancing readability.

The 14 new functions to manipulate text and arrays for Excel for Web is also rolling out to Windows users in the Current Channel, while the IMAGE function that allows users to insert images in cells is rolling out to the Beta channel for Insiders.

And finally, Show Changes is rolling out in Preview Channel for Insiders where they will now be able to spot changes that were made to their workbooks.

This helps build accountability and allows users to share workbooks to other collaborators because of the transparency that this feature creates.

As for the Excel for Mac users, 14 new functions to manipulate text and arrays rolled out to them. The IMAGE function also rolled to Insiders in Beta while the show changes feature is rolling out to Insiders in Preview.

Well, that’s it for the monthly roundup of features that rolled out in August. Be sure to also check out last month’s post where we highlighted key features that made it to Excel in case you missed it.