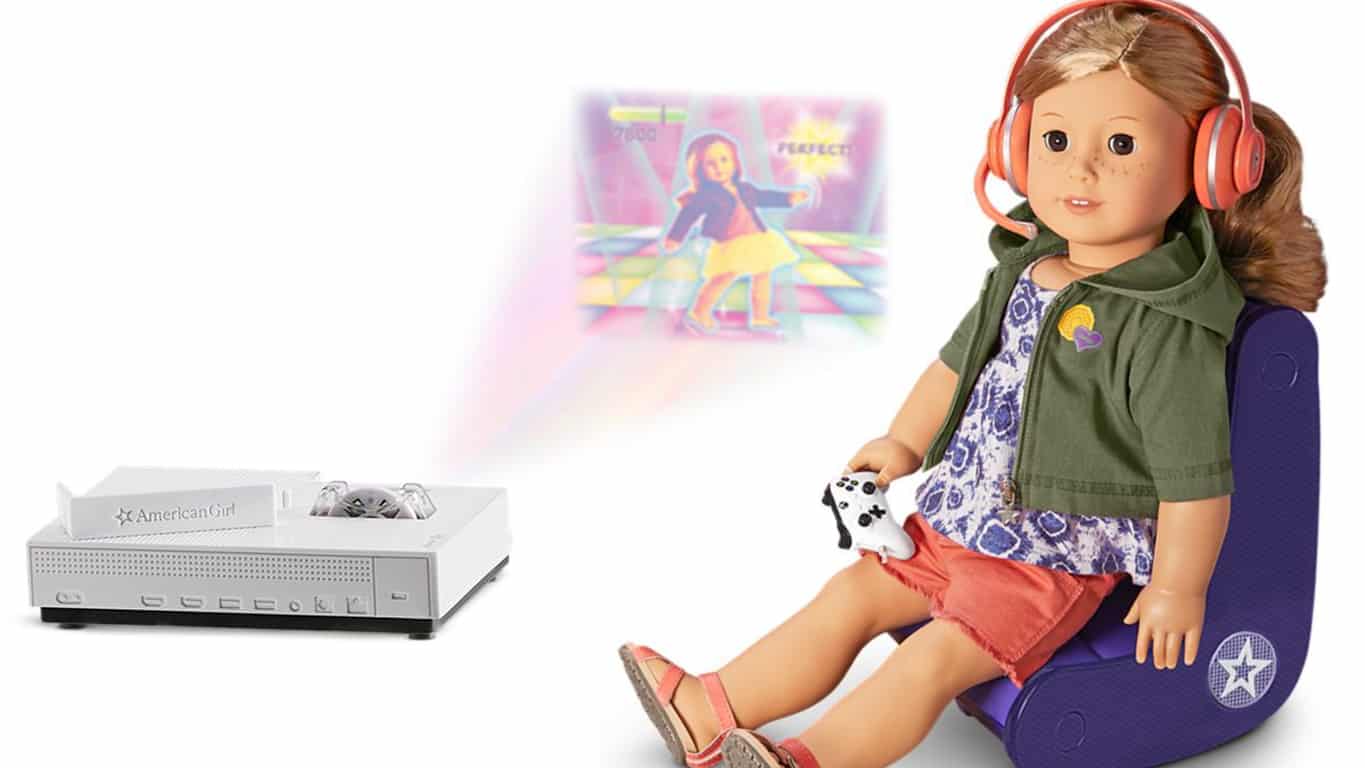 The majority of people who tweeted about the Xbox conference at this year's E3 may have been male but that doesn't mean that the female gamer demographic is any less important. Microsoft seems to be more than aware of this fact and has apparently partnered with American Girl to create an official Xbox One S accessory for their popular doll line.

The American Girl Xbox Gaming Set comes with a miniature Xbox One S console and controller for dolls to play with in addition to a game chair that can play music and sounds. In case the doll feels like playing online with friends or streaming their gameplay on Mixer, this set also comes with a wireless headset.

Something that's particularly impressive with the Xbox Gaming Set is that the console can actually project faux video game footage onto a wall. Here's the official list of features.

The Xbox Gaming Set retails for $50 and can be purchased via the official website. The American Girl brand prides itself on creating positive message about empowering girls to "act with compassion, respect, and strength" and produces dolls that represent a wide variety of diversity character types from mothers to business owners and socialites.

What do you think about this Xbox product? Would you buy it for someone in your life or even yourself? Let us know in the comments below and don't forget to follow us on Pinterest for more Xbox content.