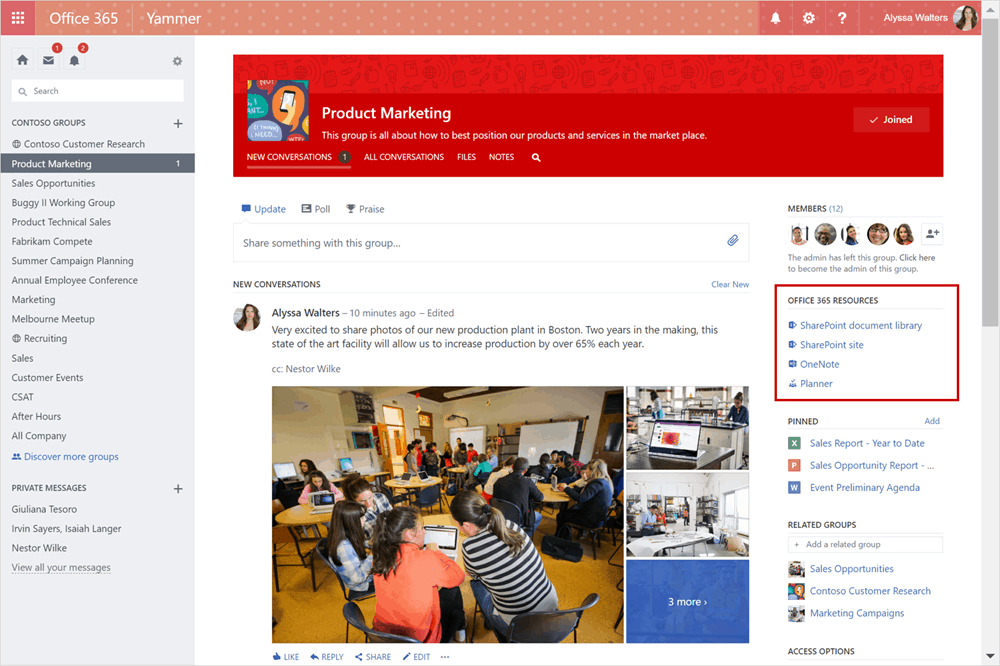 Yesterday, we reported that Yammer would be coming to Microsoft Office 365 Groups "sometime soon". Seems like that 'soon' has broken record time as the update begins to roll out today.

Yammer is by far one of the most popular social networks for team collaborations thus far. Even as Microsoft Teams was announced, users put up their defenses to prepare for competition. However, now the tool can be used in conjunction with Microsoft Office 365 Groups, combining the capabilities of the seamless document and task managements with it.

In an announcement blog post today, Microsoft highlighted the combination can be set up to make teamwork more efficient. To take advantage of the integration, Office 365 identities and tenants must be enforced in the Yammer network and only new Groups will be available, at least for now. According to the post, the team will be establishing a way of converting current groups 'in the coming months'.

Even so, the first phase is beginning to roll out just today. It's safe to say that you should expect to see it available just yet, but soon enough you'll be Yammering with your Office 365 Groups integration with more to come in the future.