The Witcher remake will be an open-world video game

A month ago, CD Projekt Red announced a forthcoming remake of the first Witcher game on the 15-year anniversary of the game’s original release.

One of the five upcoming projects announced by the Polish developer/publisher back in October, “Canis Majoris,” as the game was then referred to, was first described as “a full-fledged Witcher game, separate to the new Witcher saga.”

The more recent announcement revealed that the game would be made in Unreal Engine 5, and would be developed by independent Polish studio Fool’s Theory with oversight from CD Projekt. Other than that, no further details were given about the game, other than that its release would be some time away. The announcement tweet even mentioned that “it’s gonna be a while until we can share more details.”

Or is it? An image that appeared as part of CD Projekt’s Q3 2022 earnings report tags the Witcher remake as a “single-player open-world RPG – a modern reimagining of 2007’s The Witcher.” 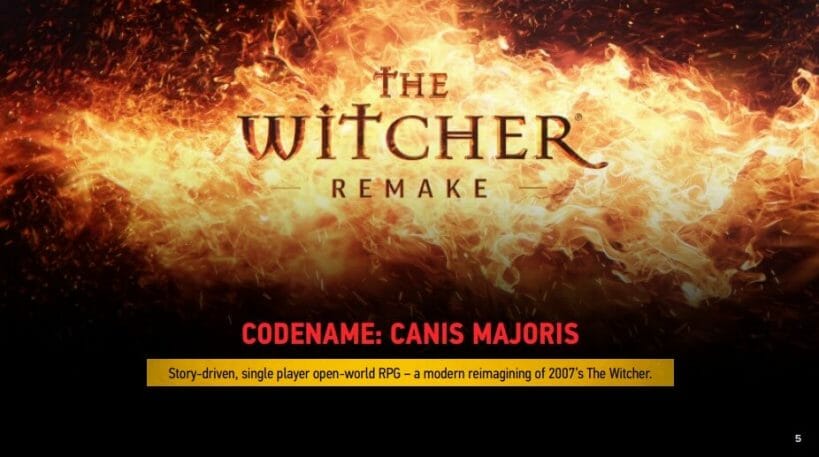 The big takeaway here is that open-world bit. This suggests that the reimaging of the classic will be more in line with the open world gameplay of The Witcher 3: Wild Hunt. No doubt many fans will be excited by this new tidbit of info. Still, we’ll have to be patient as any further concrete info about the remake isn’t likely to appear anytime soon.