Gaming studio Game Troopers has been a good friend to the Windows platform. Even during Windows 8’s darkest hours of app development, Game Troopers provided high-quality games for Windows users. With the release of Windows 10 doing relatively well with consumers, it looks like Game Troopers is ready to ramp of its gaming efforts. Over the past few months, the studio has put out impressive time wasters such as Lines, What in the World, an Imperia Online.
Just recently, Game Troopers added to their stable of games with the release of a long-awaited horror title. Game Troopers, The Last Door has been dropped into the Windows Store as a Universal Windows App, enabling Windows 10 and Windows 10 Mobile users continuous cross-platform gameplay.
The Last Door is an 8-bit looking, episodic point-and-click adventure game that takes players through a gauntlet of puzzles and mysterious mazes. The story behind The Last Door centers around Jeremiah Devitt, a character who receives a mysterious letter and begins a journey to find a childhood, friend. During his search, Jeremiah unravels the dark secrets and mysteries of a hidden society he unwittingly founded years prior.
Beyond the story, The Last Door also makes great use of nostalgic gameplay. The 8-bit like graphics play to the visual execution of suspense and horror in the game, using what little pixels there are to its advantage.


In a casual gaming world of endless side scrollers, low frame rate first person shooters and countless tower defense games, The Last Door seems like a great change of pace. Originally started as a Kickstarter campaign, The Last Door has been awarded several prizes such as  ArtFutura, Indie Burger Developer Awards, and Gamelab nominations, among others.
The Last Door is currently up for grabs with a $2.99 price tag. Fortunately, since it’s a Universal Windows App, that means it’s a pay once, play anywhere deal. Perhaps, because of its low fidelity nature, the game easily supports 512MB devices as well. 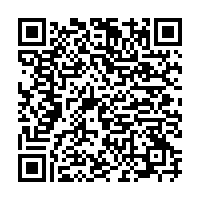 Runtastic Me for Windows Phone updated to support Moment Smartwatch