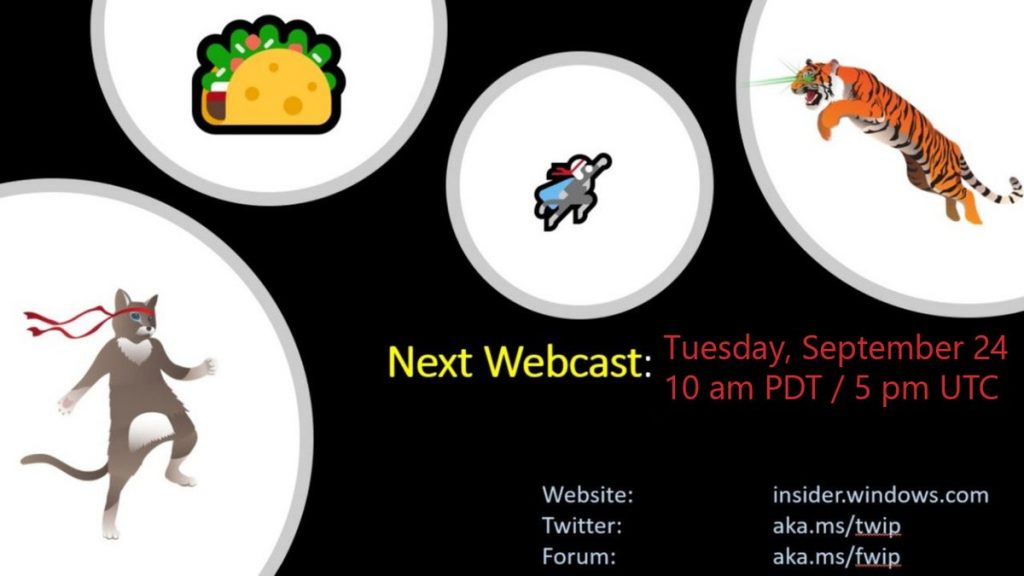 Don't forget to join us tomorrow, September 24 for the #WindowsInsider webcast! We'll be talking with deployment and getting ready for the upcoming 20H1 Bug Bash. Tune in at 10 a.m. PDT / 5 p.m. UTC: https://t.co/hDNZITnx8B pic.twitter.com/3VnzBUgoMw

Broadcasting all episodes of the webcast on Mixer allows the team to interact live with Windows Insiders, and you’ll be able to ask your questions later today when the stream kicks off. It's not clear yet if this first 20H1 bug bash will be focused on the preview build 18985 released last week, unless Microsoft plans to flight a fresh new 20H1 build later today

Anyway, you probably don't want to miss this latest webcast if you want to learn more about Windows 10 and the latest 20H1 builds. We may also hear more about the latest 19H2 builds, especially since Microsoft released the 19H2 Build 18363.329 for Windows Insiders on the Release Preview ring yesterday.

Amazon, Microsoft and others from Voice Interoperability Initiative to make digital assistants talk to each other