Fitbit has been very good to Windows device owners. The fitness tracker company continues to update both their Windows Phone and Windows 10 apps on a regular basis and has already announced plans for Fitbit on the Xbox One as soon as Windows 10 comes to the console. In a time when competitors refuse to invest in the Windows Phone app ecosystem (seriously, why hasn’t Nike brought their awesome Nike Running app over to Windows Phone yet?) it’s fantastic to see a company dedicate so much time and money into a user base which, as passionate as it is, is significantly smaller than its Android and iOS equivalents.
As much as the people behind Fitbit want to support Windows users though, sometimes there are technical realities that prevent certain concepts from being realized. One such example is the lack of Windows Phone notifications on Fitbit devices such as the new Fitbit Surge. Android and iPhone owners have been able use phone notifications on their Fitbit devices since the device launched but the feature has been lacking for Windows Phone owners with many users wondering why.
Today comes official word from Fitbit Product Manager for Windows Apps, Tristan Rice, who has revealed the reason behind the lack of notifications in a post on the Fitbit Community Forums.

“Hello everyone.Today I am able to share a little more information on this topic. I know many people have been asking for a more detailed explanation about why this feature has not been made available on Windows devices.Today the Microsoft Windows platform does not provide a GATT server. Fitbit leverages this technology to provide notifications on our hardware. Microsoft and Fitbit are working together to bring a solution to our shared consumers.I understand that this will raise many additional questions regarding timing and availability. Unfortunately we don't have further information to share at this time. I'll try and answer followup questions where possible.Thank you for your continued patience and support.”

Soon after, he provided some more details on the technical issue and clarifies that GATT has “two parts: Client and Server. Client is implemented, Server is not. Microsoft’s implementation of Bluetooth and BTLE is compliant, however as previously indicated compliance doesn't correlate with how much of the SIG BT spec is implemented. The issue with Surge is separate and to do with the factory FW on the device.”

While it seems like Windows Phone notifications won’t be coming to the Fitbit Surge in the immediate future, Tristan does remind users that, “Windows 10 is a continually updating OS” and while GATT Server isn’t fully supported right now (and it needs to be for Fitbit / Windows Phone notifications to work) it’s completely possible that this functionality will be added in the future as the new operating system continues to evolve.
For now though, it looks like Fitbit owners will have to check caller ID by looking at their phone’s screen just like most of the population does. Are you desperately waiting for Windows Phone notifications to come to Fitbit devices? Is there something else you would like to see implemented between Fitbit and Windows Phone? Let us know in the comments below. 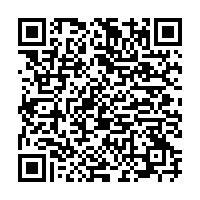