Latest Windows Insider Webcast is available as VOD... just watch it in Microsoft Edge, mmkay? - OnMSFT.com Skip to content
We're hedging our bets! You can now follow OnMSFT.com on Mastadon or Tumblr! 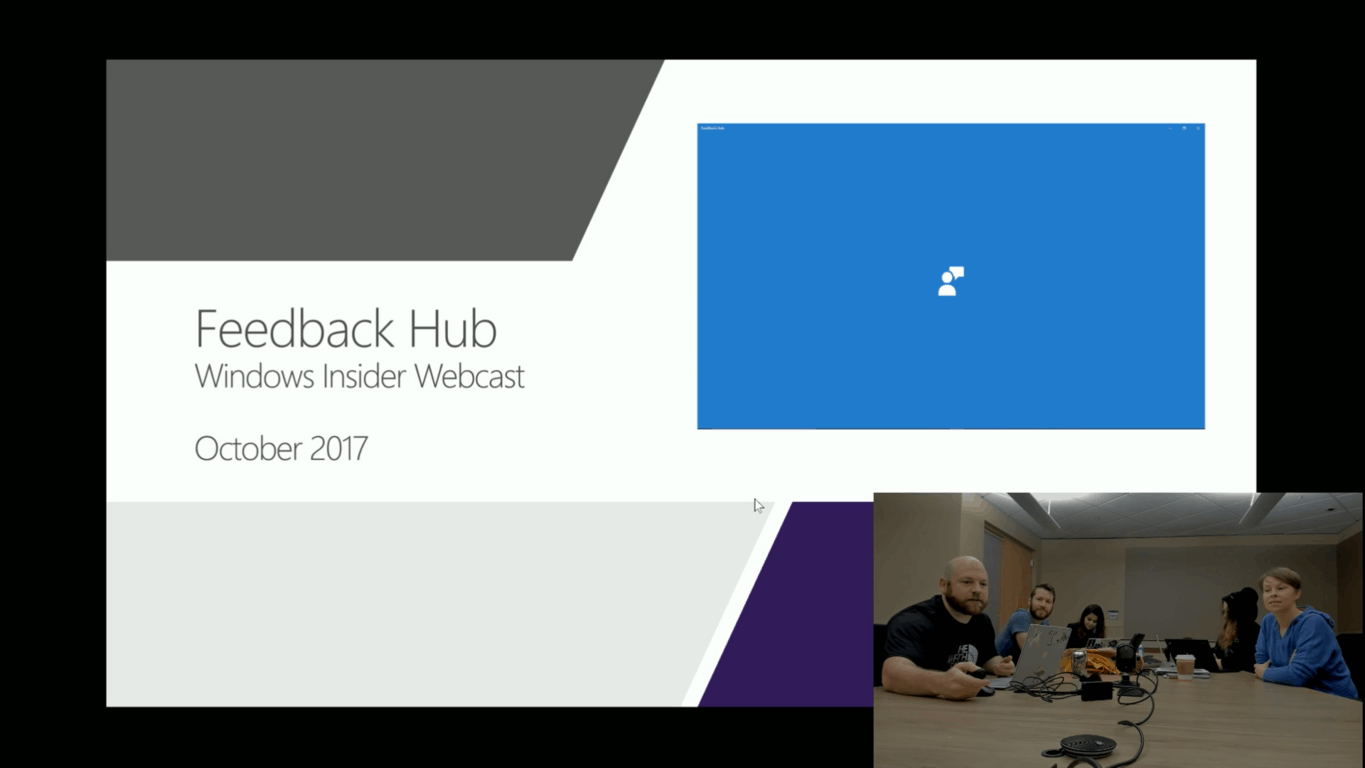 Yesterday, on October 24th, the Windows Insider team held a webcast themed towards the Feedback Hub. If you so happened to miss it live, we'd like to remind you that you can now watch it as Video On Demand on Mixer.

As usual, the webcast featured Dona Sarkar, Jason Howard, and Jen Gentleman, three of the key figures in the Windows Insider Team. Although Brandon LeBlanc was a bit late to enter the webcast, also introduced was Jura Clapman, the Feedback Hub PM, and Devin Sinha, a program engineer working on the Feedback Hub.

The highly requested Feedback Hub webcast session mainly covers the methods in which Microsoft handles feedback in Windows 10. Topics discussed include: keeping old feedback, what comes across when feedback is sent, and the general processes behind the Feedback Hub. There's also a little bit of talk on the history of the Feedback Hub, why feedback matters, and feedback flow and tips for submitting good feedback to Microsoft.

Feel free to check out the full video now on demand, but please consider watching it in Microsoft Edge. As crazy as it sounds, if you do otherwise, you might end up in a kerfuffle...

...Similar to how a Windows Insider criticized Dona Sarkar for watching the webcast in Google Chrome. Should the Windows Insider Team do more to "eat the dogfood?" Sound off in the comments below.