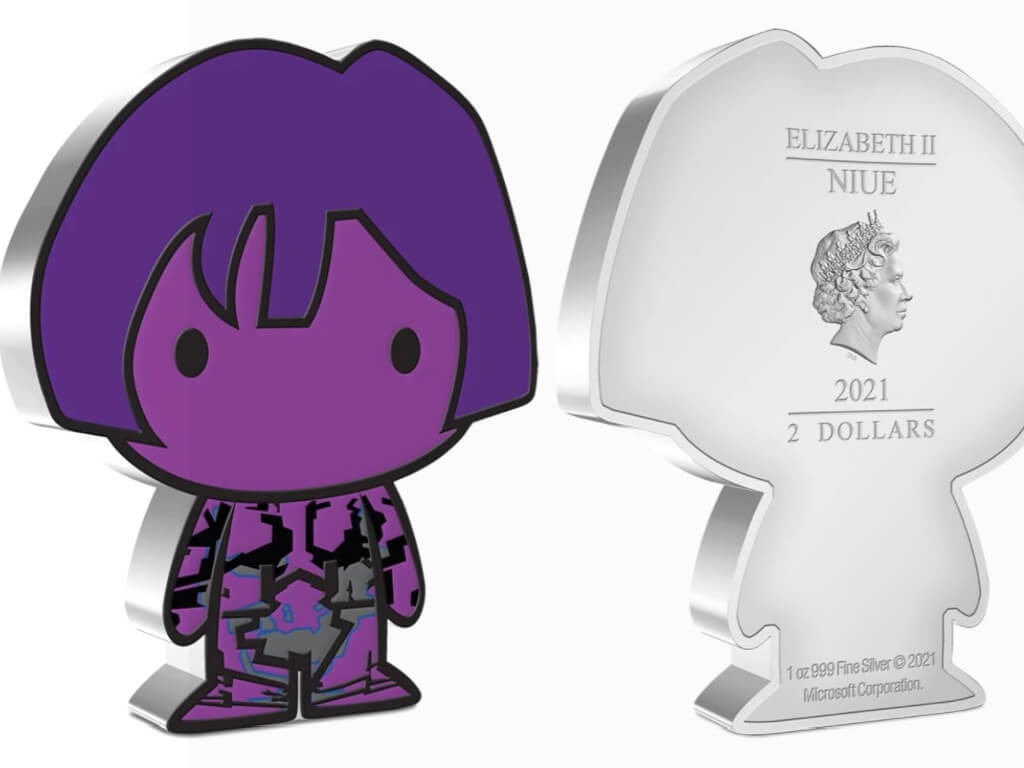 As part of the Halo video game franchise’s 20th anniversary, the New Zealand Mint is releasing a limited run of 2,000 1oz pure silver coins inspired by the character, Cortana.

“Officially licensed by Microsoft, this Chibi Coin has been shaped and coloured in the Chibi art style to mimic the unique and incredibly powerful artificial intelligence (AI), Cortana, who was introduced to us in Halo: Combat Evolved,” the official description reads. “She is instantly recognisable by the bluish-purple colour of her holographic figure, close-cropped hair, and the symbols scrolling down her body.”

Each coin is printed with the Ian Rank-Broadley effigy of Her Majesty Queen Elizabeth II on the back which means that it’s actual legal tender in New Zealand which can be used in stores. Its official monetary value is just two New Zealand dollars though so spending it wouldn’t be the best idea given that these coins are now on sale for $144.40 (about $99 USD).

Note that the first 200 coins are being sold for $290.26 each as part of the “authenticated Premium Number Selection” that come packaged in a click-close acrylic display case.

The New Zealand Mint also released 2,000 coins inspired by Master Chief but these have long since sold out.

Are you a Halo fan and are you thinking about picking up one of these Cortana coins? Let us know in the comments below and then follow us on Twitter and Pinterest for more Xbox content.