The new Skype experience is now available to try on Linux 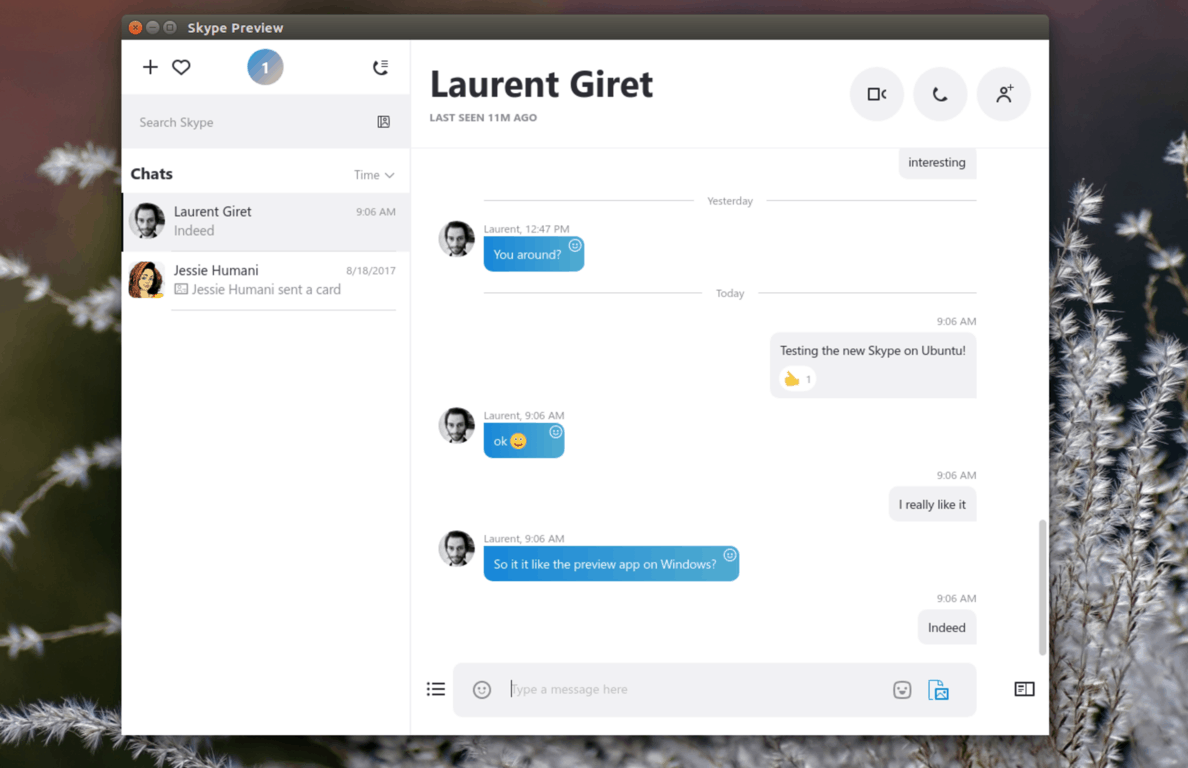 Microsoft has quietly launched its new Skype Preview app on Linux, just two weeks after releasing the new Skype experience on Windows and macOS. The redesigned client was spotted by OMG Ubuntu (via MSPoweruser) , and it’s not yet available as an update for the current Skype for Linux beta app.

For those unfamiliar, the current beta app on Linux is based on Skype for web, and it still lacks some features available in both the standard Skype desktop app on Windows or the new Skype Preview app. For now, you’ll have to install the new preview app manually, and it will replace the old beta app on your Linux machine. Interestingly, the version number (8.5.76.55323) is the same across Windows and macOS, which shows that this new preview client is really cross-platform.

Compared to the old beta app, you’ll get a redesigned interface, a handy media gallery for each of your chats, support for the new “Reactions” feature as well as screen sharing with your contacts. “Since this is a preview, it’s critical that we hear from you; simply click the heart on the menu and send us your thoughts,” shared the Skype team on Microsoft’s community website. If you’re willing to try it, Skype Preview for Linux can be downloaded from this page.