“The Nether Update” is the next version of Minecraft, brings Nether biomes, new mobs, and more - OnMSFT.com Skip to content
We're hedging our bets! You can now follow OnMSFT.com on Mastadon or Tumblr! 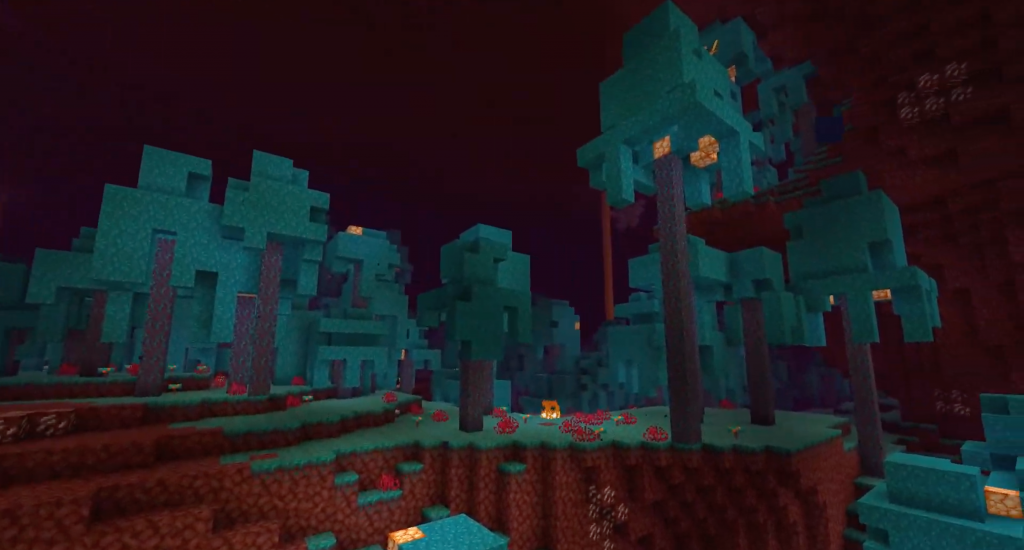 Mojang has just announced the next major update of the game, dubbed “The Nether Update.” The game's lead developers Jens Bergensten and Agnes Larsson announced it onstage during MineCon Live this afternoon, which brings new biomes, mobs, and even “bartering” to make living in the dimension within the game actually possible, even if it's a lot more dangerous than the Overworld.

The next part of Minecraft to be updated is... The Nether! This scary place is about to become a lot more engaging! Explore brand new biomes like Soulsand Valley and Netherwart Forest, new mobs, trading (well, sort of) and more!

Two new biomes were announced—Soulsand Valley and Netherwart Forest—giving the Nether some much needed depth. The first biome is very foggy and barren, introducing blue flames to the game. The latter biome might be a little more significant, bringing strange alien-like vegetation and new atmospheric game mechanics to the world as well as new hostile mobs which can serve as a food source for the player.

Speaking of food, a new not-yet-officially-names hostile mob currently being dubbed the “Piglin Beast” (you can enter your suggestions for a better name!) will be the source of sustenance for the player to potentially survive without the need to access the Overworld. A second hostile mob known as the “Piglin” will be similar to Zombie Pigmen—minus the zombie—which will be aggressive to players (except those wearing gold armor). Players will also be able to barter with them by throwing items at them (they love gold) and receiving new items that have yet to be revealed at a future date.

While the Nether might the core focus of this new update, the game is also receiving a new block to enhance crossbow accuracy. It will work with Redstone, emitting an electrical charge that is stronger as the arrow flies and hits closer to the center.

And in other news, the show announced a couple of other neat tidbits. Mojang announced their upcoming “Minecraft Festival” celebration of the game taking place in Orlando Florida on September 25-27, 2020. Additionally, Jens also pointed out during the livestream that a new board game, “Minecraft: Builders & Biomes” will be released later this year.

Are you excited about “The Nether Update”? We'd love to hear your thoughts and ideas in the comments area below this post.

Minecraft Earth begins global release this month, Realms Plus with premium content for $7.99 per month