The latest Microsoft Edge Dev update is out, here's the changelog - OnMSFT.com Skip to content
We're hedging our bets! You can now follow OnMSFT.com on Mastadon or Tumblr! 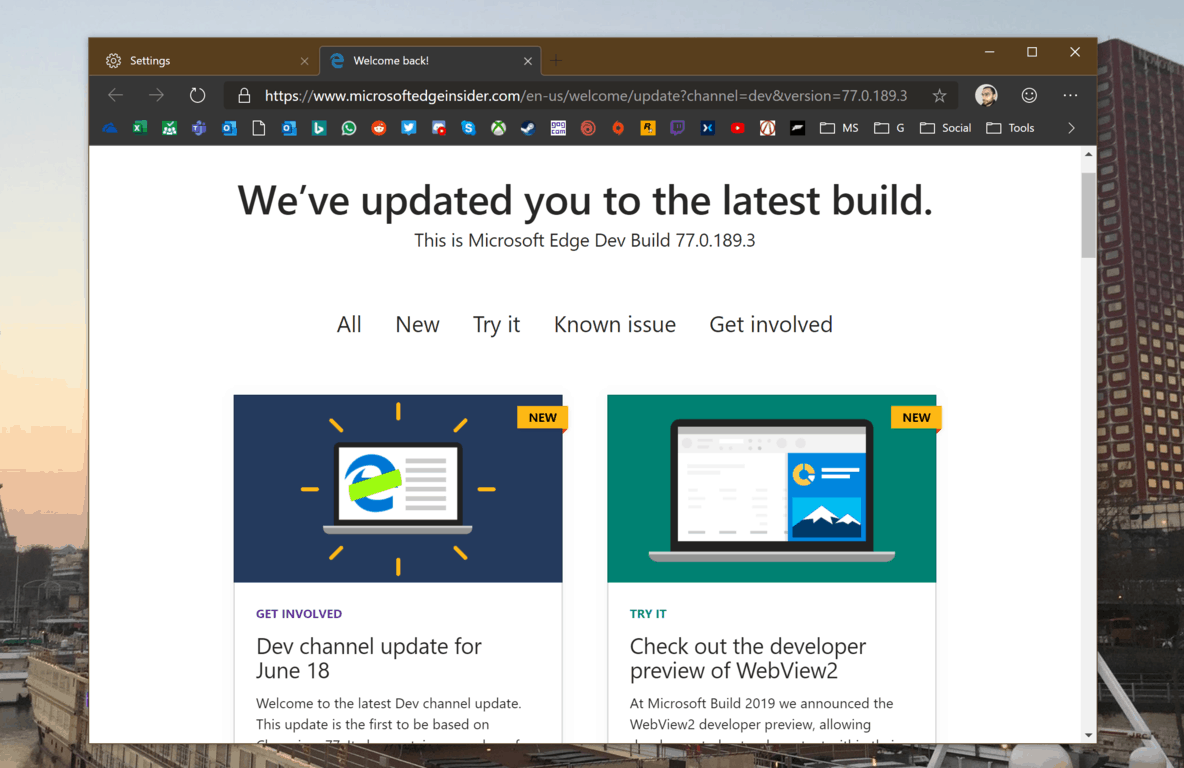 Every week, Microsoft releases a new build for the Edge Insider Dev channel, and today’s update bring some pretty big changes. With the new build 77.0.189.3, the Dev channel is now joining the Canary channel on the the version 77 of the Chromium open-source project.

There are several UI and UX changes in this update, as well as the usual bug fixes (some being exclusive to the macOS version). You can check all the details below:

Since Microsoft gave up on EdgeHTML, we've gone from bi-annual updates for Microsoft Edge to weekly updates on the new Edge Insider Dev channel, and daily updates on the Canary channel. One of the best consequences of the switch to Chromium is the much faster release cycle, with the new Chromium Edge now matching what Google Chrome and Mozilla Firefox already offer with their own beta programs. We're still waiting for the Edge Insider Beta channel to go live, but the Edge Insider team said last week during a Reddit AMA session that it would be coming "once it's ready for everyone to use."