The first Surface Studio units to begin shipping this week, earlier than expected - OnMSFT.com Skip to content
We're hedging our bets! You can now follow OnMSFT.com on Mastadon or Tumblr! 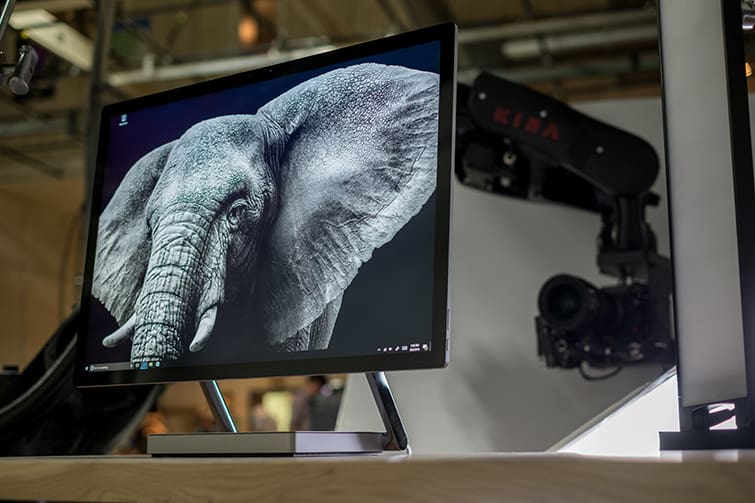 Microsoft’s Surface Studio, the new creators-focused all-in-one PC that was unveiled at the company’s Windows 10 event in late October was initially expected to start shipping in the US on December 15. However, it seems that the company has since changed its plans as a tipster who pre-ordered the all-in-one PC warned Thurrott.com that Microsoft informed him that he would receive his Surface Studio as soon as this week (via Neowin).

As we’re just three days from Thanksgiving Day in the US, we expect the first Surface Studio PCs to arrive at some lucky customers’ doors earlier in the week. According to the report, only customers who pre-ordered the Surface Studio on the first day of availability may receive these notifications from Microsoft. As of today, the store listing on the Microsoft Store currently indicates an "early 2017" shipping date.

If you already pre-ordered a Surface Studio on the Microsoft Store, let us know in the comments if you also received an early shipment notification from the company.

Save $250 from the Microsoft Store on the cheapest Surface Book