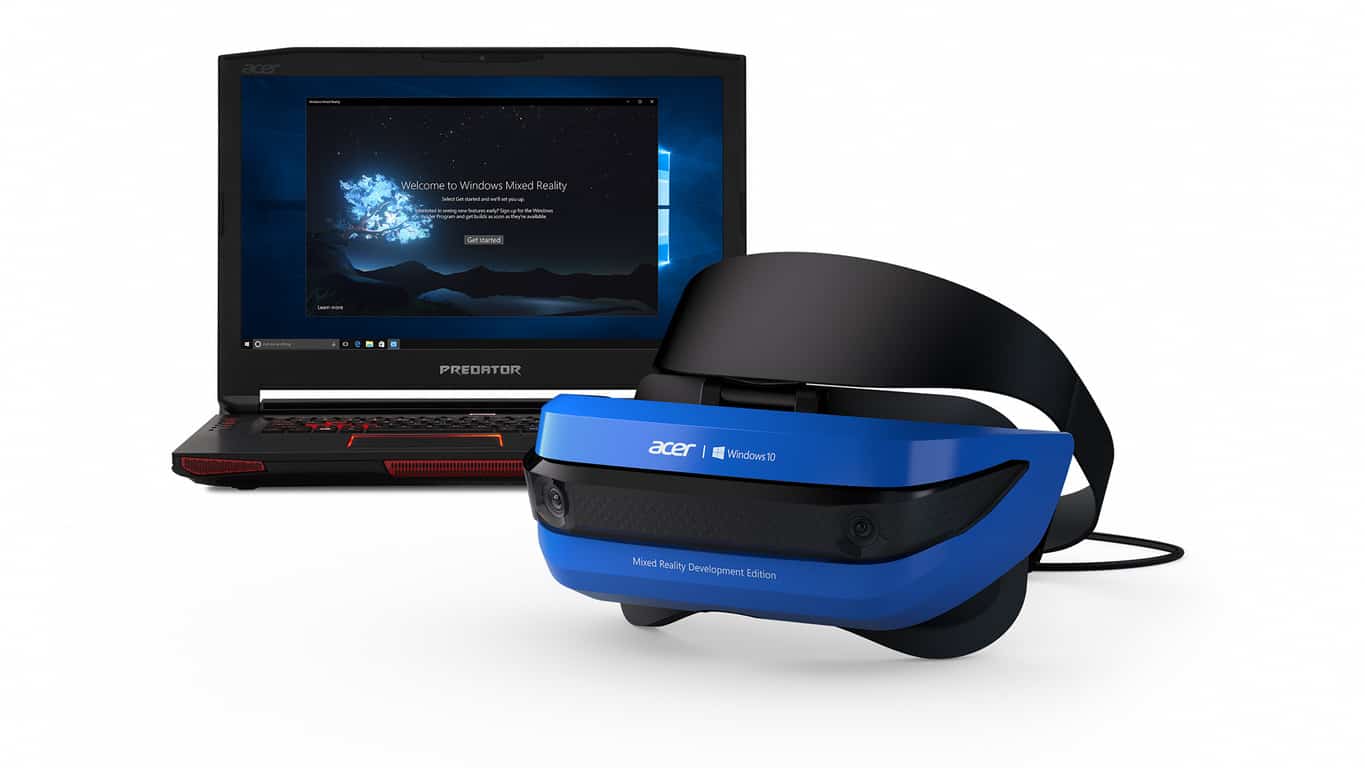 Today at the Game Developer Conference (GDC,) Microsoft announced that The first Acer Windows Mixed Reality Dev kits will ship in the coming months, and gave out “golden tickets” to developers at the event, who will get free dev kits when they’re released. This marks the next step in the company’s Windows Mixed Reality platform roadmap and steps towards building Windows 10 to be the complete platform across the broadest range of mixed reality devices and experiences.

The announcement of the first Acer Windows Mixed Reality Dev kits comes after the company announced that they would be partnering with leading OEM’s including Acer, ASUS, Dell, HP, Lenovo, and 3Glasses on a wide range of headsets that pair with your Windows Mixed Reality-ready PC. These headsets deliver plug and play setup, and built-in inside-out tracking, without the need to purchase or install external trackers or sensors in the wall.  Specs on the Acer Mixed Reality Development Edition can be seen below.

As the phased rollout of the developer kits occurs, the kits will include an Acer headset, along with documentation and access to Windows 10 Insider preview builds and the software development kit (SDK) to enable developers to build mixed reality applications. Developers and consumers previously received a peek of these headsets back at CES, but Microsoft promises that they will be sharing more about this mixed reality headset journey at their //Build conference in May. So, it’s best to stay tuned for more information.