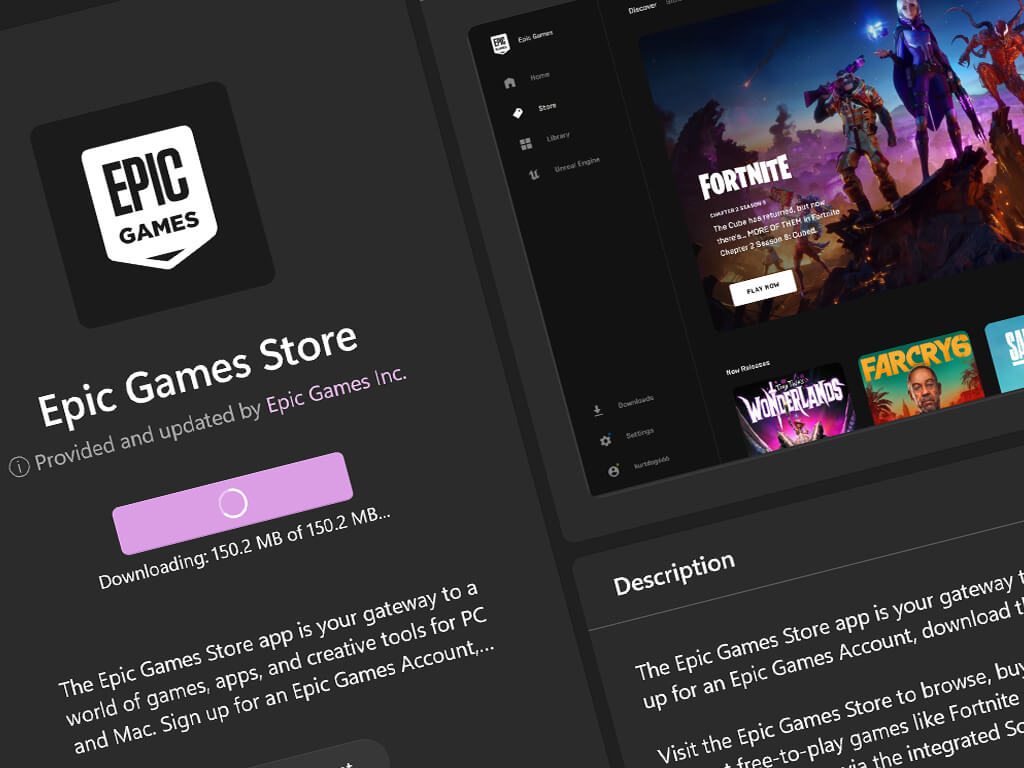 Following on from the recent arrival of Opera and Discord to the Windows 11 (and 10 if you’re old-school) Microsoft Store app store, the Epic Games Store is now available to download alongside all of the other native store apps.

The Epic Games Store app is basically the same one that can be downloaded from the official Epic Games website with its updates being managed by Epic instead of the Microsoft Store.

While the addition of an app store to an app store may seem a little strange at first, it makes a lot more sense when taking into account that the aim is to make app discover easier for casual Windows users. Now, instead of opening a browser and searching for the Epic Games Store installation web page, and potentially being tricked into downloading a fake version infected with malware, users can simply open the Microsoft Store app and download it from there.

It should be noted that downloading the Epic Games Store app from the Microsoft Store doesn’t offer any more benefits than grabbing it from the official website so there’s no need for those who already have it installed to download it again.

Ninja Turtles, SpongeBob, the Rugrats and more fight it out on Xbox consoles today