The Division 2, Warhammer: Vermintide 2, and Bomber Crew are free to play with Xbox Live Gold this weekend 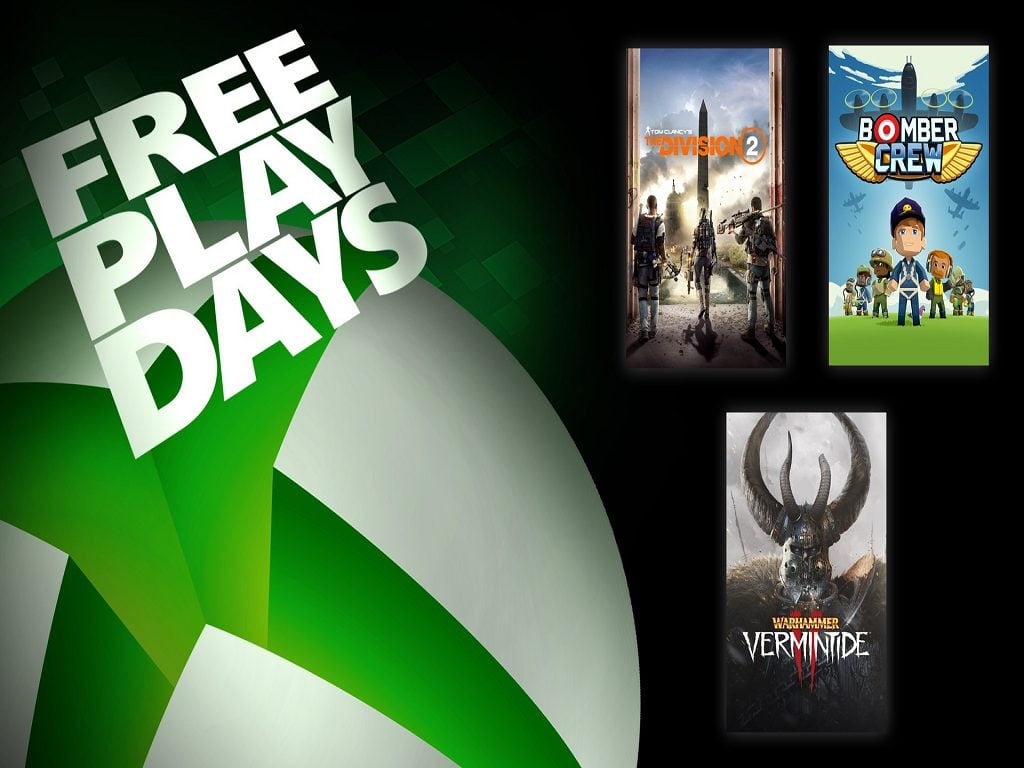 The Xbox team announced that there’s another Free Play Days event for this weekend on Xbox Wire. From now until Sunday, September 24, at 12:01 a.m. PDT, Tom Clancy’s The Division 2, Warhammer: Vermintide 2, and Bomber Crew are all available for Xbox Live Gold and Xbox Game Pass Ultimate members for free as part of their subscription.

Tom Clancy’s The Division 2 is an online action-shooter RPG experience. Your mission is to save the US on the brink of collapse as you build up your character with the best arsenal you can as you fight your way through the open, dynamic and extremely hostile environment in Washington, D.C.

Warhammer: Vermintide 2 is a first-person online co-op set in the Warhammer Fantasy Battles world. Vermintide 2 brings new enhancements in the sequel with a brand new enemy faction, 15 new career paths, talent trees, new weapons, an improved loot system, and much more. You can buy the Ultimate Edition right now for 75% off the original price, but hurry, this deal ends soon!

Bomber Crew is a World War 2 strategic flying simulator, where you completing the objective is as important as keeping your crew alive. You will need to manage everything; fuel, ammo, hydraulics, and more in your very own physics-based Bomber, which can be customized with an array of upgrades and other customizations. Keep in mind, if you pre-order the upcoming sequel, Space Crew, you will get Bomber Crew for free!

As always, Xbox Live Gold and Xbox Game Pass subscribers can download and install all of these games through Xbox.com or via your Xbox console. Which games will you be playing this weekend? Let us know in the comments.