A couple of weeks ago, we were quite surprised to learn that the US Microsoft Store would start selling customized versions of Samsung's Galaxy S8 and S8+ Android phones. All Galaxy S8 handsets already come with some Microsoft apps out of the box such as OneDrive, Skype and Office, but the Samsung Galaxy S8 Microsoft Edition (available to purchase in retail stores on April 21) will include additional apps like Cortana and Outlook, which can be installed in store to the device with the help of Microsoft Store associates.

It's quite possible that these customized Galaxy S8 handsets will outsell the remaining Windows phones on the US Microsoft Store, but US consumers won't be the only ones that can purchase an Android phone from Microsoft. Indeed, Chinese website VTECH has just spotted that the Mi 5s Plus, a high-end Android phone from Xiaomi is currently on sale on the Chinese Microsoft Store (via Neowin). 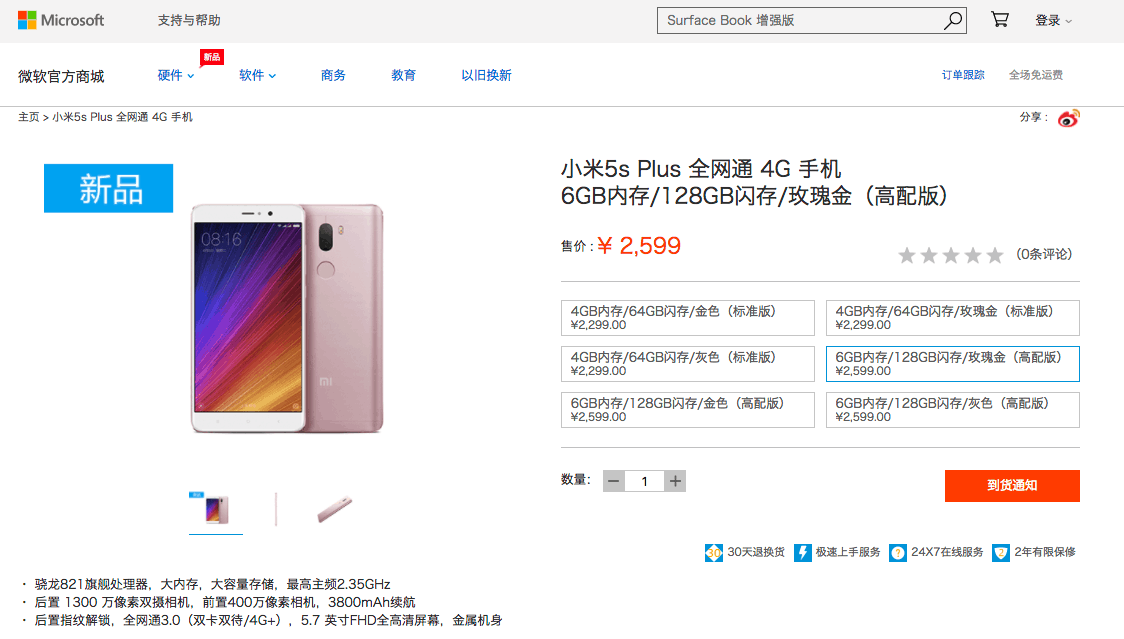 As of today, you can find this Android handset right on the home page of the Chinese Microsoft Store, which to our knowledge doesn't sell any Windows phones. If you're wondering, the Mi 5s Plus features a Snapdragon 821 processor, a 5.7-inch Full HD screen and up to 6GB of RAM, which is still really good specs in 2017. Like the Samsung Galaxy S8, it also comes with some preinstalled Microsoft apps such as Office, Outlook, and Skype.

China is pretty much an Android stronghold, and Windows Phone never made a dent in the country. According to Kantar, Microsoft's mobile OS claimed a 0.2% market share in the country in the tree months ending in February 2017, compared to 86.4% for Android. We think it makes sense for Microsoft to sell its customers what they want, though it remains to be seen if the company could soon start selling Android handsets in more countries.

Steve Ballmer says Azure has "a lot of work to do," fires off Skype bug reports to Satya Nadella