Back in January, Microsoft Teams introduced a new Approvals app that enables users to create, manage and share approvals directly from their workflow. The company has recently announced some important updates for the new Approvals in Teams, including templates, attachment capabilities, and markdown support (via Microsoft MVP Paul Keijzers).

First of all, Microsoft is launching customizable approval templates for common workflows such as expense reports, paid leave, or overtime requests. Admin and team owners will now be able to create brand new templates, use existing ones, or customize them from the Approvals app. Another new feature coming soon is the ability to create approval requests from templates.

That’s not all, though, and there’s actually quite a bit more. Microsoft Teams is adding new attachment capabilities to the app, allowing users to attach relevant files to the approval requests directly from OneDrive and SharePoint. In addition, there is also the ability to attach a generic link for files or documents that are hosted outside of Microsoft 365. 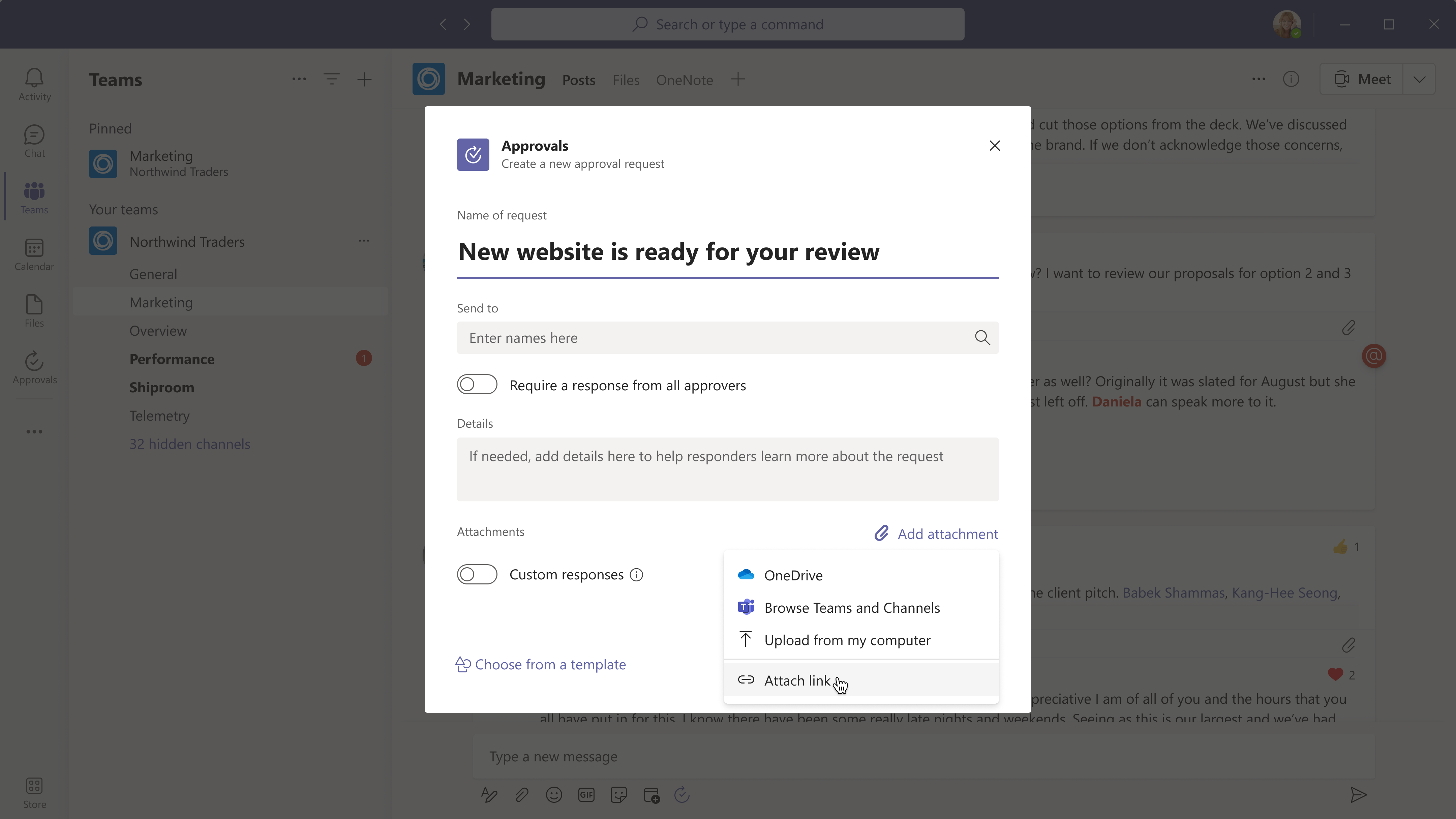 Finally, the company is introducing markdown support in both the app’s details view and adaptive cards. Microsoft says that this is one of the most requested features from Teams users, and it will help to ensure that all approvals are formatted correctly.

The Microsoft 365 roadmap indicates that these updates will begin rolling out to all desktop users in April. In case you missed it, the Redmond giant is working with third parties to add support for electronic signatures in the Teams Approvals app, and Adobe Sign integration is coming in mid-April.