Telltale's The Walking Dead gets massive Collector's Packs - OnMSFT.com Skip to content
We're hedging our bets! You can now follow OnMSFT.com on Mastadon or Tumblr! 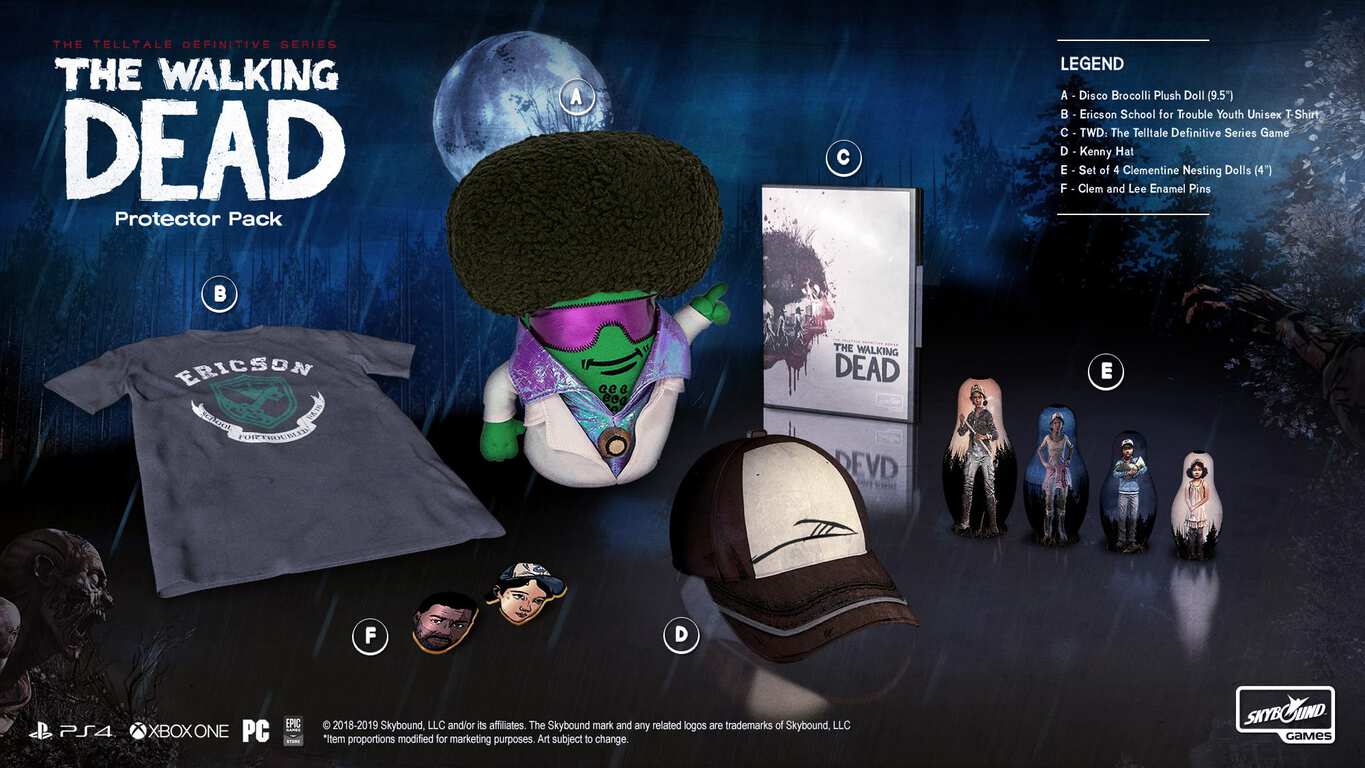 The Walking Dead: The Telltale Series has come to and end, and Skybound Games now is accepting pre-orders of the Collector’s Packs for the game to fans of the episodic series. Three different sizes will be available, each coming with all four seasons of the game plus the Michonne miniseries, additional digital content, and their own set of goods depending on how much you’re willing to spend.

Unfortunately as of the time of this writing, the extremely limited Guardian Pack has already been sold out, and the only 100 people who were quick to pre-order it will also received some hand-signed art from the Still Not Bitten team, voice-artists, and the creator of The Walking Dead, Robert Kirkman.

Skybound says that the items are available for only a “limited time,” so if you’re a fan of the series there’s no telling how fast the items will sell. Plus, even if you have all the seasons on one platform (Xbox, PS4, or PC), you still get the entire collection that you can redeem on another platform of your choice.

If you have yet to give the series a shot, the first and second seasons of Telltale's The Walking Dead as well as the Michonne miniseries are also available for free on Xbox Game Pass, for those interested. The last season is also available for $19.99 for those who haven't had the chance to purchase it, yet.

NES, SuperNES, and Game Boy Castlevania games will soon be playable on Xbox One