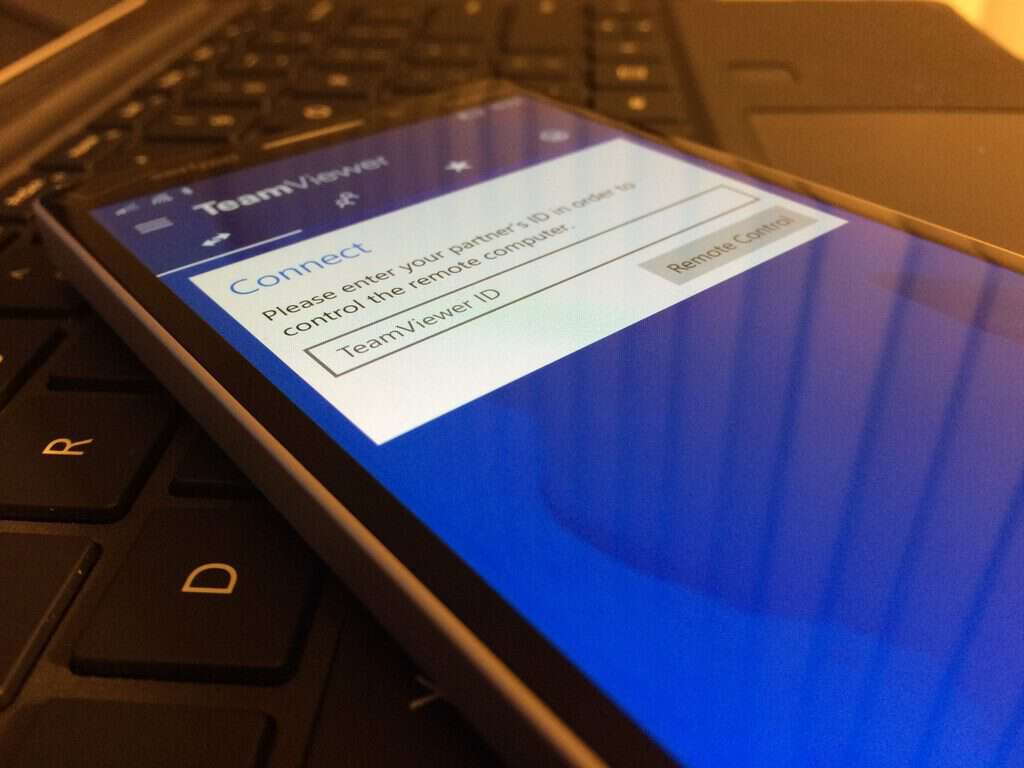 TeamViewer, the company behind the popular Remote Control program for Windows, is working on an app called TeamViewer QuickSupport which is currently in preview. The app allows people to remotely control their Windows 10 Mobile devices from any device that supports TeamViewer desktop.

With the app installed on a Windows 10 Mobile device, users will be given an access code, which they enter into the desktop version of the software. Once this is done, it will connect them to their phone - both on WiFi or cellular data - it will then display a mouse cursor on your mobile screen, similar to how Continuum works. More importantly, this now allows users to control their mobile right from their desktop, with support for keyboard and mouse input.

The app offers quite a few features, too. With shortcuts, such as taking a screenshot, being automatically bound to the Print Screen button, which then takes a screenshot on your phone and saves it. You can also use the embedded navigation bar at the bottom to rotate the screen, access the Action Center quicker than dragging from the top as well as accessing Cortana and the Start screen.

Regarding security for connecting to a mobile device, all connections require approval. So when connecting with the access code, users be asked to allow or deny the connection attempt on their mobile device. It doesn't appear that there are currently any features to mark anyone as trusted, or set a password that can be used, to avoid having to allow or deny connections every time, providing truly remote connections, instead of having to be somewhat close to the device.

This app could prove useful in recording the screen of a Windows 10 Mobile device or just for ease-of-use when wanting to use a keyboard-mouse combo with a phone, without the necessity of needing a Continuum dock, such as Microsoft's Display Dock. One current caveat is that it is not possible to connect to a Windows 10 Mobile device from TeamViewer's Universal Windows app on the desktop, it only works on their Win32 program as of writing; another slight annoyance is that, if the phone auto-locks, the connection will be terminated.

If you would like to give it a shot, it is available now on Windows 10 Mobile in Preview, meaning that this isn't the final product and more updates will be on the way.